In today’s edition of UK Press Review, we have yet another sensational twist in Lionel Messi rumours, as Sun Sport claim Manchester City are well in the hunt to sign the Argentine wizard.

The Guardian recently claimed that Manchester United and Real Madrid are the only two clubs capable of paying the buy-out clause of Messi, who has hinted of leaving Barcelona recently, but Sun Sport claim City have the financial power to sign the apparently unsettled Argentine.

“We Can Get Messi” is the headline from Sun Sport, with a subtitle – Pellegrini’s £480m warning to Barcelona.

SUN SPORT: We can get Messi – Pellegrini #tomorrowspaperstoday #mcfc pic.twitter.com/tEOpbl8nP0

Daily Star has two interesting stories on their back page – first, Wilfried Bony’s ambition of winning European glory with Manchester City, and secondly, Chelsea boss Jose Mourinho is looking to axe two of his players in winter, possibly on loan – Salah & Schurrle 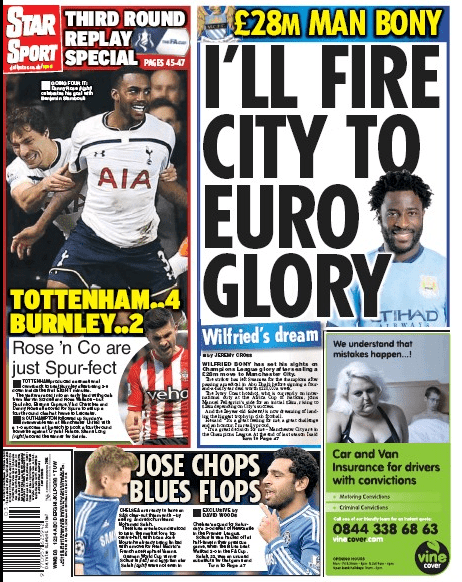 Daily Mail celebrate Tottenham’s brilliant comeback against Burnley in the FA Cup and also reports of a new deal for Charlie Austin. 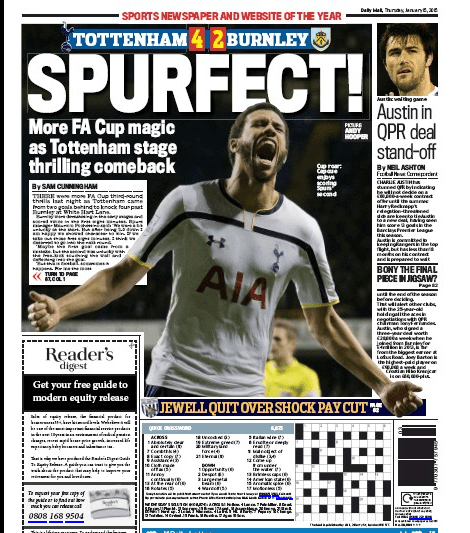