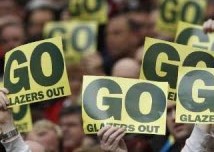 There are football facts. For example: John Terry has played for England. That’s a fact. But it’s not very interesting to a reader. But if you think John Terry should never play for England again, then that’s an opinion, and therefore infinitely more interesting.

Hopefully just from reading that, you can imagine an opinion piece titled “John Terry Should Never Play for England Again”. This type of article is extremely popular when executed correctly. Readers enjoy reading someone else’s opinion, even when they disagree. But only if you can back it up.

Anyone can have an opinion, and anyone can express their opinion on the internet via comments and forums. But as a Soccerlens writer you should be able to back up your opinions with a convincing argument. In the case of John Terry you could back up your opinion by arguing that JT’s off-field activities make him unsuitable to represent England, or that he’s too slow and his best years are behind him, or that there are better defenders just waiting for him to step aside. So really the article should be titled “Why John Terry Should Never Play for England Again.”

It’s a strong opinion, and people will disagree. But that’s the point. An opinion piece like this isn’t just for you to express your opinion. You can do that whenever you want. The idea of the opinion piece is to start a debate. It’s essentially you making the case for one side, which then implicitly invites those with different opinions to respond in the comments.