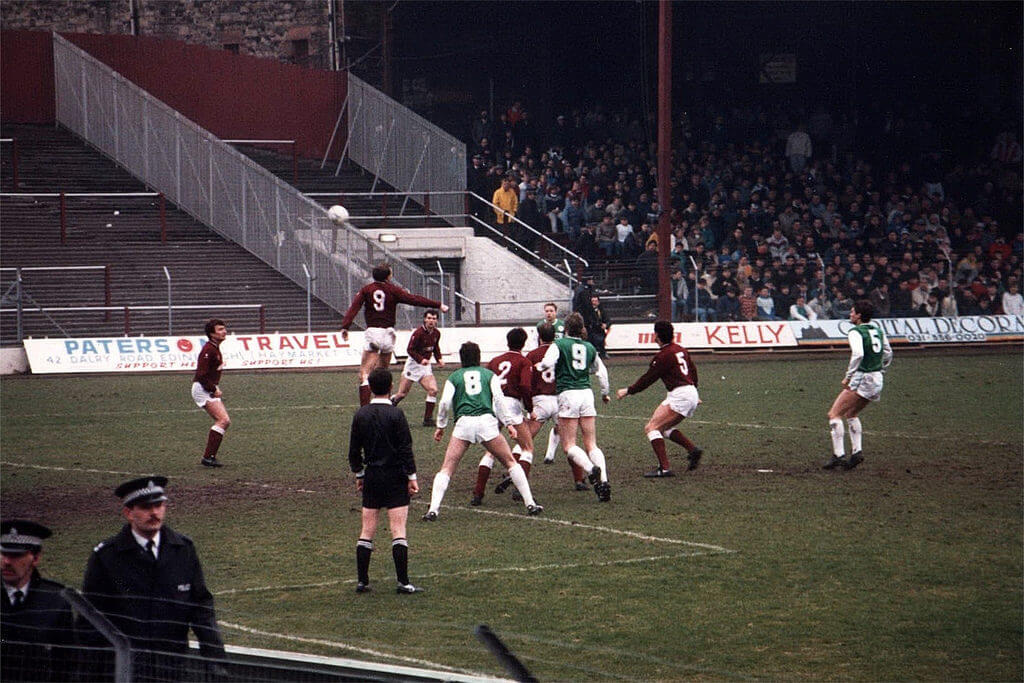 On this day in 1994, Hibernian defeated their city rivals Heart of Midlothian by one goal to nil in front of nearly 14,000 fans at Tynecastle.

This was Hibs’ first derby win after 22 games, a run that stretched for more than five and a half years. Third game of the new Scottish Football League Premier Division, Hibs came into this game at the back of an impressive start which included a 5-0 drubbing of Dundee United.

Evenly poised until the 62nd minute, Hibs captain Gordon Hunter scored the only goal of the game that ended years of derby woes for the Hibees. Their next Edinburgh Derby victory did not have to wait for more than five years. In fact, it came in the same season when Hibs defeated Hearts 2-1 at Easter Road in October later that year.

The Edinburgh Derby is one of world football’s longest running derbies. The first match between the two Scottish clubs was played on Christmas day back in 1875.

Hibs were founded by Irish immigrants from the Cowgate area. The name Hibernian itself derives from ‘Hibernia’ – the old Latin word for Ireland. Cowgate was nicknamed ‘Little Ireland’ because of its Irish population. As the Irishmen were not fully integrated into the Edinburgh society, a catholic priest by the name of Edward Joseph Hannan, was in search of a means to address the issue. It was suggested to him that the recently founded Catholic Young Men’s Society should form its own football club, and so Hibernian FC was formed.

Heart of Midlothian was founded by a group of friends from the Heart of Midlothian Quadrille Assembly Club – a dance club. The earliest Hearts teams did not play with Football Association rules. It is believed that they used a mixture of rugby and football. It was not until 1873 when some players from Clydesdale FC and Queens Park FC played a friendly at Raimes Park in Bonnington using association rules that Hearts restructured their club