Sportslens.com
Home Teams England On This Day in Football: Red Rooney and five other deadline day... 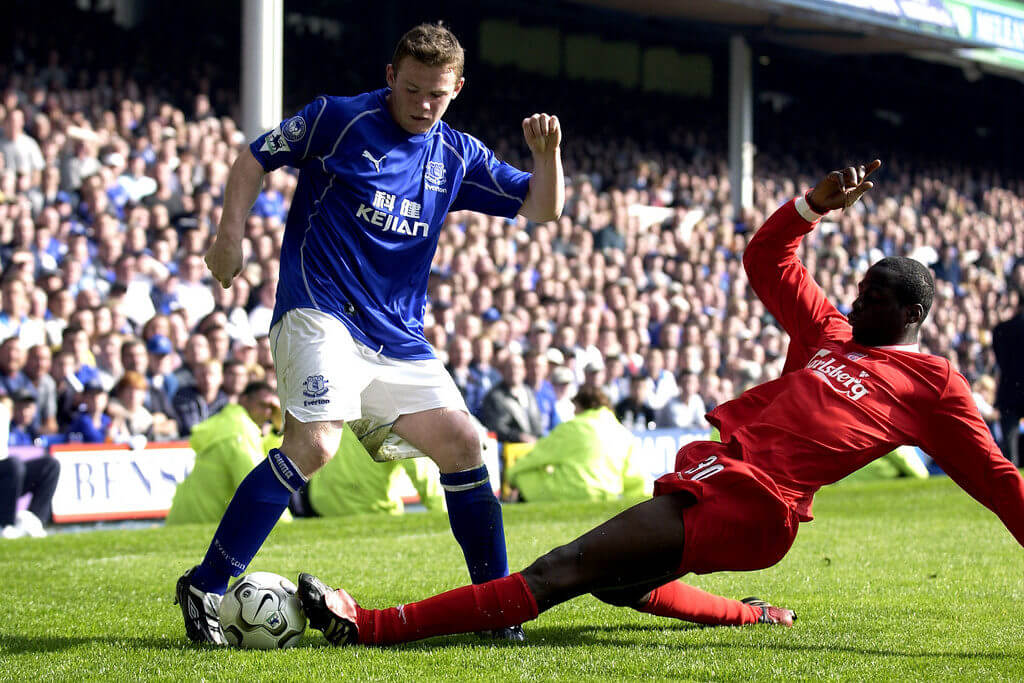 On this day in 2004, Manchester United signed 18-year-old Wayne Rooney from Everton for a reported fee of £25.6 million – then the highest amount ever paid for a player under the age of 20.

Rooney had submitted a transfer request at Goodison Park when United came calling. Of course, Sir Alex Ferguson’s gamble paid off as Rooney became United’s record goal scorer with 253 goals. During his 13 years in Manchester, Rooney also became the all time top scorer of the England national team.

His time with United coincided with one of the most successful eras in the club’s history. Rooney lifted 16 trophies at Old Trafford that included five Premier League titles, one UEFA Champions League trophy, one UEFA Europa League trophy and one FA Cup among others.

Rooney rejoined Everton in the summer of 2017.

As deadline day is once again upon us we take a look at five other big name signings.

Makelele would go on to become one of Chelsea’s best signings as Jose Mourinho’s arrival in the following summer would make the Blues Premier League champions twice in a row.

Manchester City paid a club record fee of £32 million for Real Madrid striker and Brazil international Robinho on deadline day in 2008. City were under new ownership and this deal marked the beginning of a revolution in the blue half of Manchester.

City’s financial muscle would change the whole paradigm of transfer dealings in the next few seasons.

The deal was riddled with complicacies that caused a lot of trouble for West Ham, the ramifications of which were still felt years later. Although Tevez contributed with his goals that ensured the Hammers did not get relegated that season, Mascherano moved to Liverpool in the January transfer window.

Chelsea paid £5 million and one William Gallas on deadline day in 2006 to secure the services of Ashley Cole from Arsenal.

An integral member of Arsenal’s ‘Invincibles ‘ squad, Cole forced a move to Chelsea that forever tarnished his reputation with the Gooners. But the England international probably had the last laugh as he won a Premier League, one Champions League, one Europa League and four FA Cups at Stamford Bridge.

Manchester United had to fight off competition from a number of clubs, including the newly rich Manchester City, to sign Dimitar Berbatov from Tottenham Hotspur for a club record fee of £30 million on deadline day in 2008.

The big Bulgarian became the Premier League’s top scorer in the 2010/11 season as United knocked Liverpool off their perch to win their 19th league title.