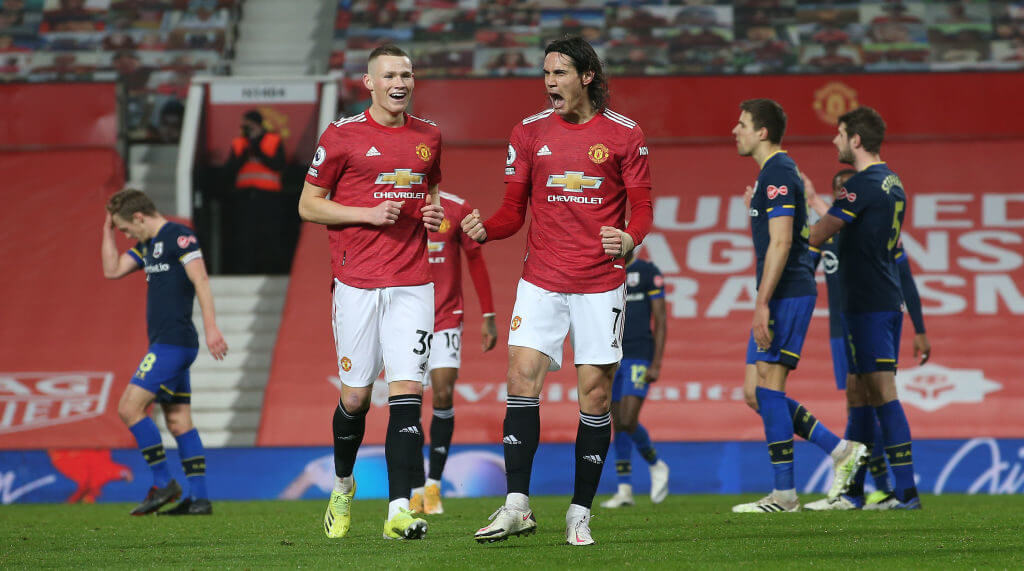 Cavani and Van de Beek have been sidelined for the past few games with calf injuries while Scott McTominay missed the recent league clash against Newcastle United with a knock sustained in the reverse meeting against Sociedad.

The trio have returned to training but Solskjaer has ruled out their involvement against the La Liga outfit in the second leg of the Europa League last 32. He told M.E.N: “No. They are still out. Still not trained enough, more or less same squad vs Newcastle.”

Meanwhile, Pogba is the other absentee for the Red Devils. The Frenchman is out on the sidelines with a thigh injury and Solskjaer has already stated that the midfielder won’t return to action until at least March.

United produced one of their best performances of the season at the Anoeta Stadium last week where they registered a comfortable 4-0 win. They could have quite easily scored more with the chances at hand.

With the significant first-leg away advantage, Solskjaer has the chance to rest some of the regulars and keep them fresh and energised ahead of Sunday’s Premier League encounter against Chelsea at Stamford Bridge.

Bruno Fernandes is one of the players, who should be given a breather. The Portuguese has sat out just two games for the club this term. Harry Maguire and Marcus Rashford have also been regulars across all competitions and Solskjaer may consider leaving them on the bench.