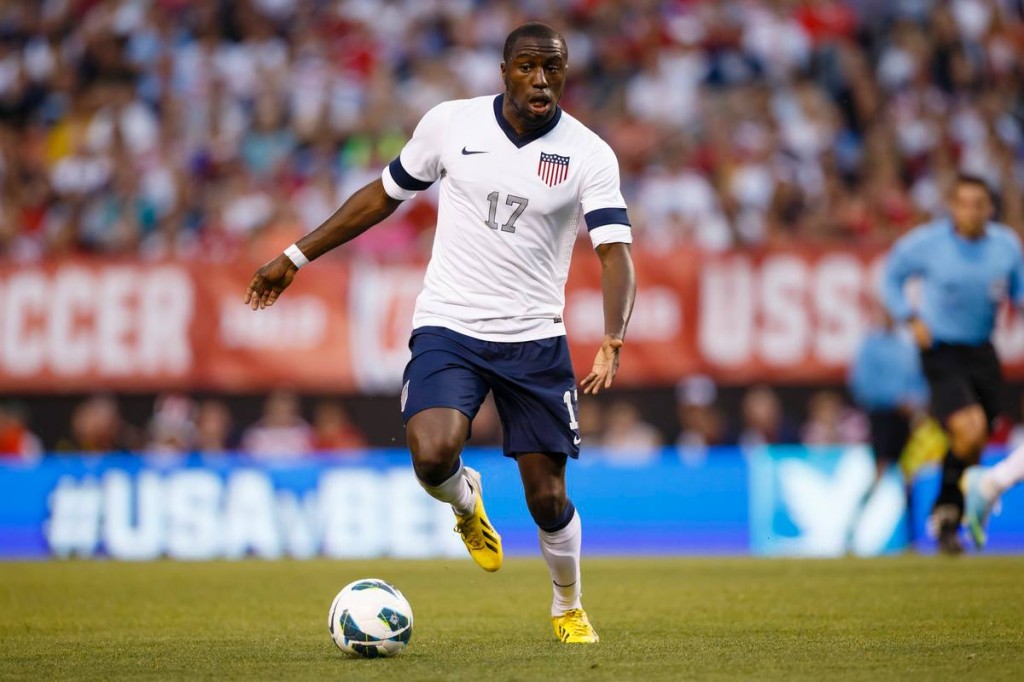 The 24-year-old U.S. striker will be wearing the captain armband for the Yanks on Wed.

U.S. head coach Jürgen Klinsmann announced on Tuesday that Jozy Altidore will be the captain for the USMNT in the friendly match against the Czech Republic at Prague on Wed.

The regular captain for the United States is Seattle Sounders FC forward Clint Dempsey, and if he is not around veteran goalie Tim Howard and defender DaMarcus Beasley will be in charge of the U.S. However, since Dempsey, Howard, Beasley and a few other veteran were not called for this friendly, the responsibility of baring the captain’s armband has fallen onto to the New Jersey native.

The 24-year-old forward will be making his 72 cap for the Yanks against the Czech’s on Wed. However, this match will be the first game Altidore will play for the Stars and Stripes since suffering a second grade hamstring injury against Ghana in their opener at the 2014 World Cup.

The current Sunderland A.F.C. forward has fully recovered from his hamstring injury, and has already played a 90 minute game for the Black Cats in the Capital One Cup on Aug. 27. Now Altidore will be looking to put the disappointing World Cup behind him, and lead the USMNT to another rare victory on European soil.