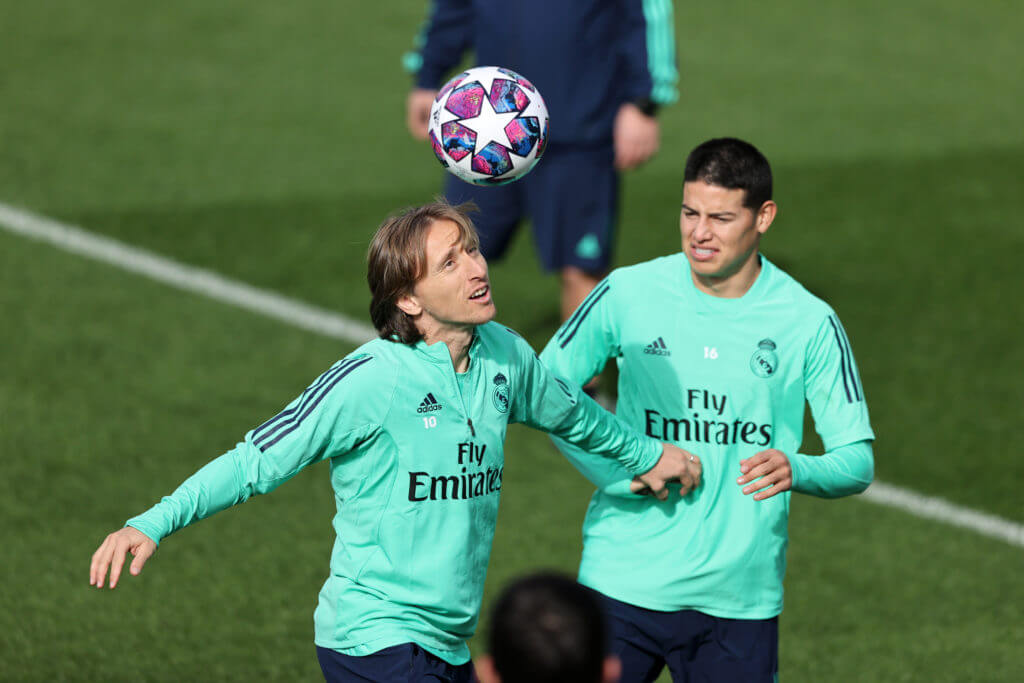 It seems Everton are pushing hard to sign James Rodriguez from Real Madrid this summer.

Earlier today, TalkSport claimed that Rodriguez is close to joining the Toffees on a season-long loan, and he will undergo his medical next week.

Though such claims are quite over the top, Everton are indeed in talks to sign the Colombian attacking midfielder.

According to transfer expert Nicolo Schira, Carlo Ancelotti is ‘pushing to convince’ Rodriguez to join him at Everton.

The 76-times capped international has a contract at the club till 2021, and he would be available in the region of €20-25M. Everton have already spoken with Florentino Perez over a potential move for him.

Carlo #Ancelotti is pushing to convince #JamesRodriguez to choice #Everton. His contract expires in 2021 and the colombian superstar could leave #RealMadrid for €20-25M. #Toffees have already open talks with Florentino Perez to sign him. #transfers #EFC https://t.co/NMkViVxCRk

Rodriguez, who has won two La Liga and two Champions League titles with Real Madrid, is not in Zinedine Zidane’s long-term plans.

The La Liga champions are ready to let him go, and it seems Everton could be his next destination.

Meanwhile, Everton have reached an agreement to sign Napoli midfielder Allan. The Toffees are likely to pay a fee in the region of €25m plus add ons for his signature.