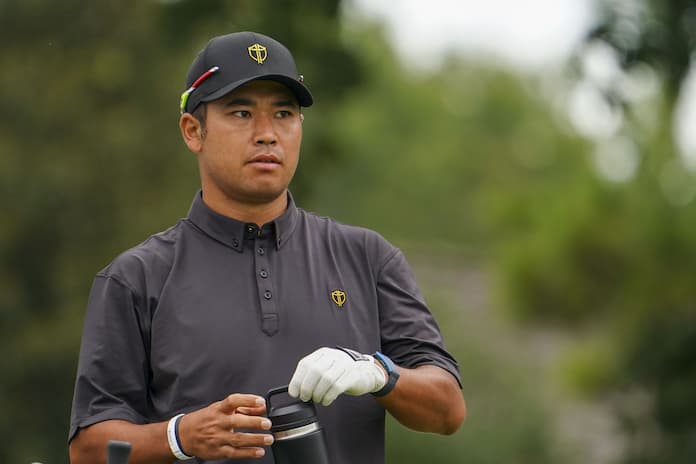 After Tom Kim triumphed at the Shriners Children’s Open last week at TPC at Summerlin, this week attentions turn back to the PGA Tour for the 2022 Zozo Championship from Accordia Golf Narashino Country Club, Inzai, Chiba Prefecture, Japan.

Some huge names in the world of golf travel to Japan looking to claim victory on Asian soil. The PGA Tour is back up and running, with the field’s gradually picking up again ahead of the new season. Look no further, as we have some excellent betting picks and promos for you on this page!

After the Shriners Children’s Open last week, the PGA Tour is back on the road, so who will be victorious after 72 holes comes Sunday afternoon this week in Japan? So without further ado, here are our Zozo Championship betting picks and as we bid to predict the winner this week from Accordia Golf Narashino Country Club, Inzai, Japan.

After a compelling Shriners Children’s Open last week at TPC at Summerlin, this week is the turn of the Zozo Championship. Some of the world’s best golfers are in action, looking to win this stellar event. Golf over in Asia is always a delight, so this week should be an exciting one on the PGA Tour.

The Zozo Championship field will be hopeful of hitting their best form this week, looking to win a sizable share of the $11,000,000 prize pot. This is gradually becoming a bigger tournament each year on the Tour, and certainly one that attracts big crowds, a sizable prize pot and a stellar field of golfing talent.

Some notable names from the golfing world such as Hideki Matsuyama, Tommy Fleetwood and Xander Schauffele are in action, looking to lift the trophy come late afternoon on Sunday.

Last year, Hideki Matsuyama triumphed as he fended off the likes of Brendan Steele and Cameron Tringale finishing on -15 par, five shots ahead after 72 holes. Matsuyama comes to Narashino Country Club this week aiming to defend his 2021 title, and is priced at +1100 with Bovada to walk away victorious once again in this tournament.

Taking a look at the course itself, Narashino Country Club at is a quite exquisite golf course. It is right in the heart of Japan, and is certainly a delightful golf course to play on. It is a par 70 and 7,041 yards in length. The course has some stunning scenery, including tremendous fairways and sloping greens. Fun fact, every hole on the course has two greens, like many Japanese golf courses.

Without further ado, here is who we think has the best chance of winning and giving us a good each-way run at the 2022 Zozo Championship event this week from Accordia Golf Narashino Country Club, Inzai, Japan.

Our first selection and best bet to win the 2022 Zozo Championship this week from Japan, is the 150th Open Championship at St Andrews runner-up, Cameron Young.

Since turning professional in 2019, Young has gradually risen up the rankings year after year. He asserted himself as a major player last season after two Top 5 finishes in major championships, as well as some stellar showings in regular events too.

The 25-year-old hasn’t yet won an event on tour, but has been there or there abouts on several occasions. In 2022, Young finished second at The Open Championship, just one shot behind the eventual winner, Cameron Smith. He also finished in a tie for third at the PGA Championship, just a couple shots back of the winner, Justin Thomas.

His insane power off the tee sets up plenty of birdie opportunities throughout the 72 holes every week. He is a competent putter as well as possessing a delicate short game, meaning he makes a tonne of birdies week after week.

He is in the form of his life and currently ranked at number 15 in the Official World Golf Rankings. No wonder he is amongst the betting favorites this week and is therefore our best bet of the tournament.

Certainly one of the leading market contenders at a great price of +1800 with Bovada.

Our each-way selection this week at the Zozo Championship is the 2022 PGA Championship runner-up and Chile golfing superstar, Mito Pereira.

Since turning professional in 2015, it has taken a good few years for Pereira to assert himself as a top player on the PGA Tour. The 27-year-old has won ten times in his career, but is yet to win his maiden event on the top tour.

The Chilean is ranked at 45 in the world now, a career highest feat. The only way is up for Pereira, who had a great season last time out. He came agonisingly close to winning his first major championship at the PGA, but collapsed on the very last hole. However, there will be plenty of more opportunities for someone as talented as Pereira to win a major.

The 2022 Presidents Cup representative for the International Team also had a stellar showing just last week at the Shiners Children’s Open. Pereira finished in fourth place, just four shots back of the eventual winner, Tom Kim.

A really consistent player who doesn’t seem to make too many costly mistakes. Comes here in good form after a very fruitful Presidents Cup performance. Certainly a great each-way shout at a magnificent price of +4500 with Bovada.

Although Young and Pereira are our biggest fancies for potential success this week, here are some other notable players who we think have a good chance at a great price: