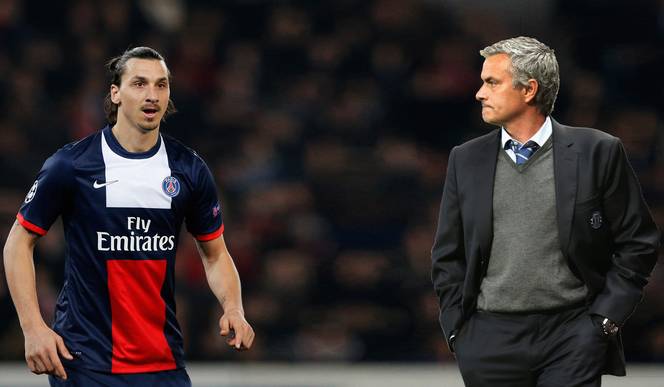 Paris Saint-Germain striker Zlatan Ibrahimovic says he haven’t seen Chelsea manager Jose Mourinho struggling like this before, and wants the Portuguese to be in charge when the French champions face them in the Champions League in February.

The two sides face each other in the Round of 16 again, having met in the knock-out rounds on the past two seasons.

Last season, PSG knocked Chelsea out of the competition in the Round of 16 in a pulsating thriller over the two legged-competition, and Zlatan is expecting another tough game this season as well.

What has surprised him, and everyone of us at Soccerlens, is Chelsea’s shocking form this season. Jose Mourinho guided the same team (core of the team remains the same) to Premier League title last season, but the Blues have struggled badly this term, languishing in 16th, losing nine games already.

“To play against Chelsea is not an easy game, even if they are struggling a little bit in their own competition,” Ibrahimovic said as quoted by Sky Sports.

“We have respect for Chelsea and we do not underestimate Chelsea. They have great players and that experience from the Champions League from before and they have a good coach.”

Ibrahimovic, who shares a good relationship with Mourinho, says he has never seen Mourinho struggling in this manner, as he is used to see him challenging for the honours.

“I have to be honest, I haven’t seen Mourinho in this situation where he’s struggling. Normally I am used to see him battling for the first and second place, so this is something new.”

Mourinho’s future has come under intense speculation following Chelsea’s latest defeat to Leicester City in the Round 16 of the Barclays Premier League.

When Zlatan was asked to comment on Mourinho’s future, the Swedish striker says the decision depends with the owner, the big boss, but he hopes the former Real Madrid manager to stay.

“I think it depends on the big boss, [Roman] Abramovich, what he wants. But I hope for Chelsea that he stays because we want to play against the best.”

Chelsea board have retained their faith in their title-winning manager, but widespread reports suggest the Blues reportedly are looking for short-term options to replace Mourinho, should he leave the club.