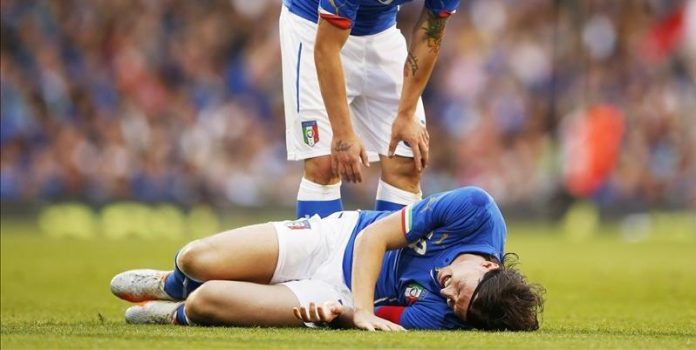 Italy midfielder Riccardo Montolivo has suffered a potentially World Cup-ending injury during a friendly against the Republic of Ireland, leaving his World Cup hopes hanging in the balance.

Montolivo will be a big loss for the Mediterranean nation in Brazil, who open their tournament against England in Manaus two weeks today. He isn’t necessarily one of Italy’s best players but he is very reliable and versatile, which is a very strong asset to manager Cesare Prandelli, allowing him more freedom when picking his team, as is evidenced by his 57 appearances for his nation since his 2007 debut.

The challenge itself appeared fairly innocuous, going in on Alex Pearce of Reading and dispossessing him with his trailing knee but catching his front foot on the Premier League defender.

Rai pitch-side reporter was quoted saying that Montolivo said, “It’s broken”, whilst the medical crews attended to him.