Brazil has launched its logo for the 2014 World Cup finals and the Brazilian president Luiz Inacio da Silva has stressed that his country has a ‘tremendous responsibility’ to match the show put on by Africa.

“The success of our African brothers represents a tremendous challenge to the Brazilian people.”

“We are learning from them to ensure that [2014] will be even better.”

The logo is created by three hands in the Brazil’s national colors, that is, yellow and green. 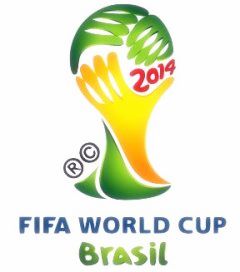 The winning design is entitled ‘Inspiration’. It was chosen from 25 entries submitted to a judging panel that included the likes of Brazilian author Paul Coelho and supermodel Gisele Bundchen.

President Lula launched the logo in Johannesburg which was attended by many former Brazilian stars like Carlos Alberto, Cafu, Romario and former manager Carlos Alberto Parreira who guided Brazil to World Cup glory in 1994 and coached South Africa in 2010.

The five-time world champion, is going to be the first South American nation to host the mega event since Argentina 1978 and Brazil’s first since 1950.

FIFA president Sepp Blatter said that football was like a religion in Brazil and praised the country for identifying with the game ‘like no other’.

Brazil missed their once in a lifetime chance of becoming the only nation to have won the World Cup in all continents the tournament has been played in and surely, at home they will be looking to improve their performance in order to rub their dominance even more into the face of the world with a sixth title.

AP Raw Video of the event