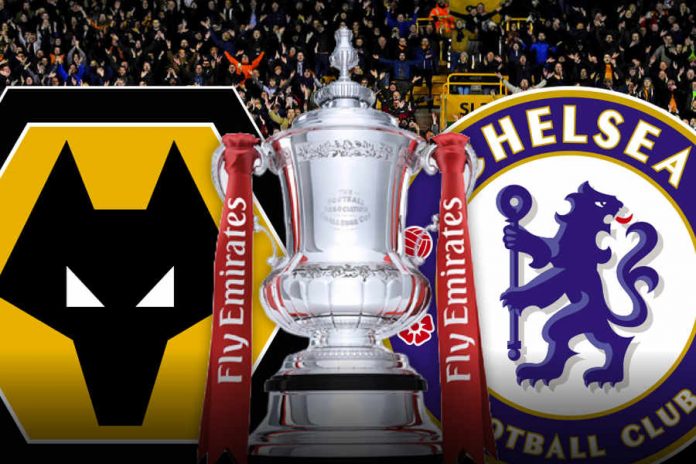 Wolves host Chelsea in the FA Cup this weekend and the Championship outfit will be looking to pull off another upset.

Paul Lambert’s side managed to defeat Liverpool in the last round of the FA Cup. However, their form has dipped in the recent weeks and Wolves have lost each of their last three matches.

The home side will be without the services of Gyro, Williamson and Graham for the visit of Chelsea this weekend.

Chelsea are in superb form right now and the Premier League leaders will be heading into this game as firm favourites.

Antonio Conte’s men are unbeaten in seven matches and will be hoping for a comfortable win.

Although they are expected to make some changes in the cup, they are good enough to replicate their performance from the last time these two sides met. Back then, Chelsea won 6-0.

David Luiz is the only player absent this weekend. John Terry is expected to recover in time for this game.

Chelsea have won 8 of their last 9 matches against Wolves in all competitions.

Chelsea have kept a clean sheet in 5 of their last 7 matches against Wolves in all competitions.

Chelsea have scored at least 2 goals in 8 of their last 9 matches against Wolves in all competitions.

Chelsea have scored at least 2 goals in 7 of their last 8 matches in the FA Cup.

Wolves have seen over 2.5 goals in their last 3 matches against Chelsea in all competitions. Another high scoring game seems likely here.

Chelsea have been in superb form lately. Bet on the Blues to win this weekend.

Defensively Chelsea have been impeccable this season. Get the away side to keep a clean sheet.

Chelsea have been winning at both half time and full time in 5 of their last 7 matches against Wolves in all competitions. Bet on the Blues to win both halves.

Chelsea are overwhelming favourites for this one and it should be a routine win for them.

Despite beating Liverpool, Wolves are severely out of their depth here and will struggle to contain an in-form Chelsea side.

An away win seems quite likely.