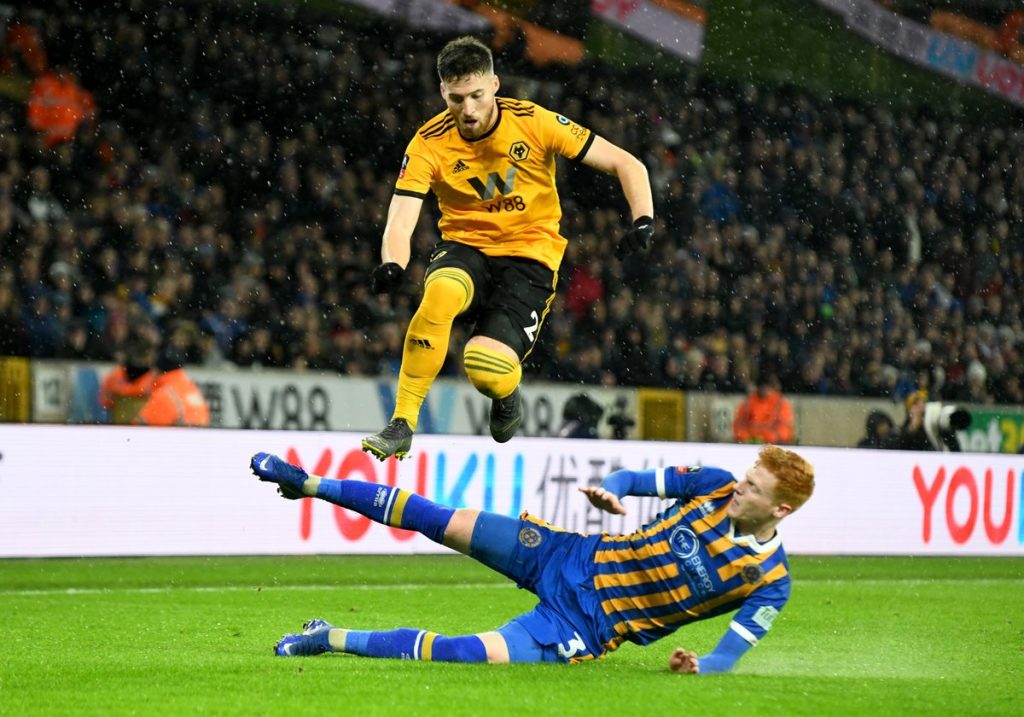 Wolverhampton Wanderers star Matt Doherty has told the club’s official website that he is an Arsenal fan.

Doherty, who can operate as a right-wing back or as a left wing-back, has said that he was a “big” Arsenal fan growing up.

The 28-year-old Republic of Ireland international – who is valued at €30 million (£27.29 million) by the CIES Football Observatory – has added that Dennis Bergkamp was his favourite player growing up.

Doherty is also pleased to have scored for Wolves in their 3-1 win against Arsenal at the Molineux Stadium in the Premier League on April 24, 2019.

Doherty has told Wolves’ official website:  “I was a big Arsenal fan growing up, Bergkamp was my favourite player, I used to get the kits for Christmas.

“Even now, I look out for their results and now I get to play and score against them, which is unbelievable.”

Doherty has been on the books of Wolves his entire professional club football career so far and is now a very important figure in manager Nuno’s team.

The Republic of Ireland international has made 24 starts and three substitute appearances in the Premier League for Wolves so far this season, scoring four goals and providing one assist in the process, according to WhoScored.

The 28-year-old has also scored two goals and provided one assist in eight Europa League games for the Wanderers, according to WhoScored.

During the 2018-19 campaign, Doherty made 35 starts and three substitute appearances in the league for Wolves, scoring four goals and providing five assists in the process, according to WhoScored.