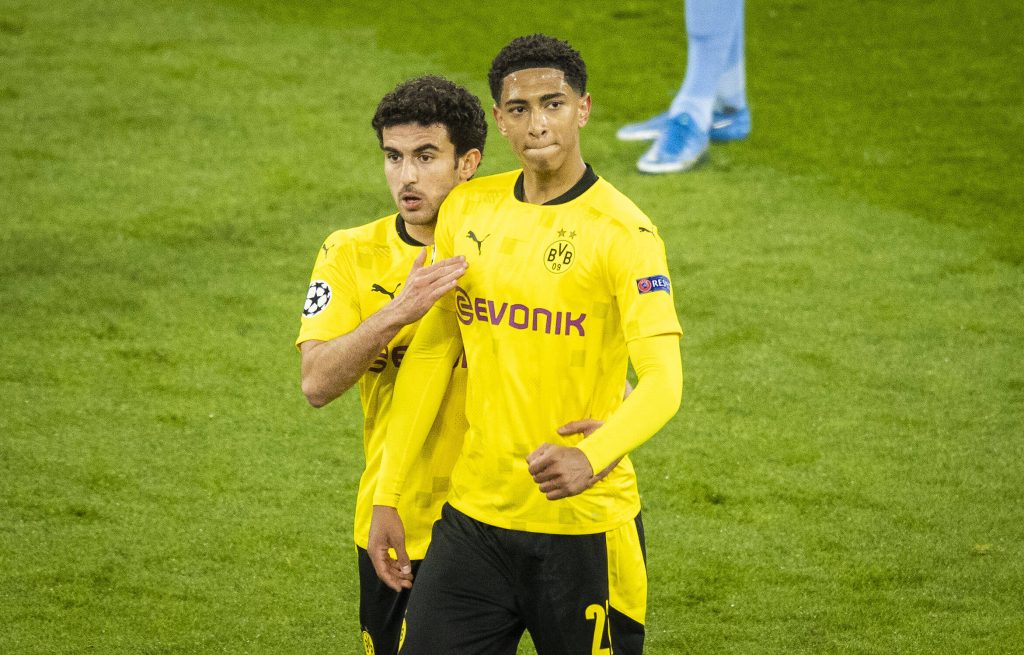 Borussia Dortmund would be looking to bounce back from their Champions League exit as they take on Wolfsburg in the Bundesliga.

Watch and bet on Wolfsburg vs Dortmund live stream at bet365>livestreaming>football from 14:00 GMT on Saturday November 27. To watch you must register an account and have a balance of £1 or more.

Marco Rose’s side have had a Champions League campaign to forget. First they lost both of their games to Ajax and then suffered a 3-1 loss at the hands of Sporting CP earlier in the week. The result means that Dortmund can only feature in the Europa League which sounds as odd as it appears since the Gelsenkirchen giants aren’t used to playing in a second tier European competition.

VfL Wolfsburg on the other hand, fell to a 2-0 defeat at the hands of Seville in the Europa League which means that they are unlikely to make it through to the knockout stages of the competition. Regardless, the Wolves have done fairly well for themselves in the league and are in sixth place in the league standings.

They’ve picked seven points from a possible nine under new manager Kohfeldt so Dortmund are not going to have an easy 90 minutes against a team that is flying high on confidence at the moment.

Wolfsburg must be happy to welcome back Maxence Lacroix and Joshua Guilavogui to join John Brooks at the heart of defense. Koen Casteels remains absent due to COVID which means that Pavao Pervan has another chance to stake a claim for the number 1 spot.

For the visitors, Erling Haaland is going to be the biggest miss which means that summer signing Donyell Malen is likely to lead the attack. Raphael Guerreiro pulled a muscle before the Champions League encounter which means that Nico Schulz is going to start as a left-back.

Here are the latest betting odds for Wolfsburg v Dortmund from bet365:

Wolfsburg have done well for themselves in recent weeks while Borussia Dortmund have faced issues since Haaland’s injury. However, Rose’s men are unlikely to fold that easily and head into this encounter with a point to prove. We feel that a draw could be a fair result.

How to watch Wolfsburg vs Dortmund Live Stream

Wolfsburg vs Dortmund Free Bet: Get £100 in Bet Credits at bet365