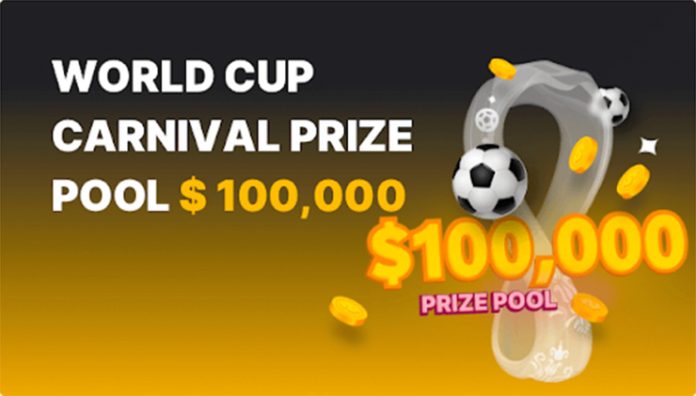 The World Cup fever is just around the corner. With extreme competition among the participating teams, Fifa World Cup is one of the major league every sports fan are looking out for. There are already favorites, and some clear frontrunners stand above the rest.

This year, the Argentine Football Association (AFA) has partnered with BC.GAME as their crypto casino sponsor. Knowing that BC.GAME offers generous bonuses and prizes, it opened promotions for its players and football fans alike. From November 12 to 26, 2020, BC.GAME offers up to a $100,000 prize pool in World Cup 2022 all-winner predictions.

Who Are Eligible To Join

The crypto casino platform opened a separate page dedicated to World Cup. Crypto casino players can participate in the promotion by placing their predictions for the winners of the upcoming football matches. All players can have a chance to win the $100,000 prize pool.

Placing your predictions is absolutely free, as long as you hold a VIP 4 level or higher. All predictions can be finalized by 26/11/2022 00:00 AM UTC. Players can still change their predictions before the deadline.

For players to win, all predictions shall be accurate. In any case, if there is more than one player who had the same prediction, the prize pool will be divided equally. Only one family member can place their predictions. Players who will claim multiple prizes are disqualified from the promotion.

Qatar is this year’s host of the major football league. Participated by 32 teams from different countries, football fans can look up to 64 matches in 28 days of intense games. Like the previous years, there are group stages during the first week to determine who will go head-to-head on the finals.

Fans are expecting to see their favorite teams, such as Brazil, France, Belgium, Spain, and England. These are just some of the teams who have the best roster, versatile players, and previous World Cup champions.

Football enthusiasts are also looking out for the underdogs to make their name in this year’s World Cup. The teams that were previously on low rank are expected to show their progress and potential.

BC.GAME is a crypto casino platform where players can earn bonuses to play online casino games, live casinos, and bet on sports. To join the World Cup excitement, the platform opened a promotion where players can participate to win from Wager Contest or a Tesla giveaway (more details coming soon!). It is also be giving away prizes throughout the event.

The crypto casino platform has partnered with AFA for six months to support the Argentine national team. The partnership is not just about supporting the team. It is also an opportunity for both brands to expand their audiences and earn more revenue. For AFA, this partnership is also a great time to create digital products as their other source of income.