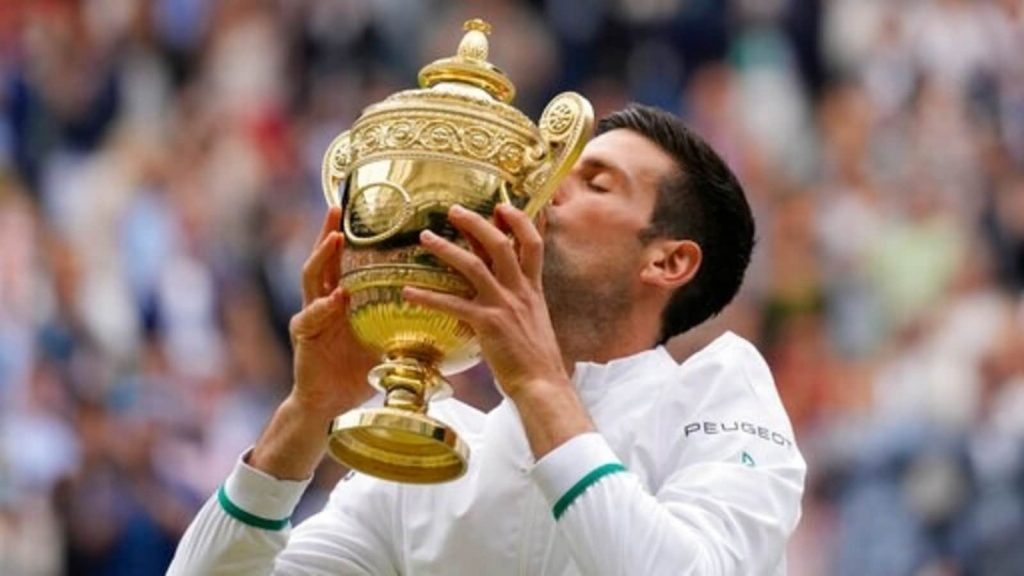 The most iconic tournament in tennis kicks off for 2022 on Monday, and we are taking a look at who the bookmakers are favouring ahead of the next two weeks of action at Wimbledon.

According to the bookmaker’s latest odds, reigning champion Novak Djokovic is the odds-on favourite for the 2022 title. World no.1 Daniil Medvedev and second-ranked Alexander Zverev are both absent from this year’s competition, meaning path to success is a little clearer.

The 35-year-old has had mixed fortunes this year, but will be eager to move within one of Rafael Nadal’s all-time Grand Slam record of 22. The Serbian began the clay court season with a shock opening match loss to Alejandro Fokina – his first opening defeat since 2018 in Barcelona.

He also conceded the no.1 ranking to Daniil Medvedev for the second time since February 2022 after crashing out in the quarter-finals of Roland-Garros to eventual winner Rafael Nadal. However, he made it to the final of the Serbian Open and the semi-finals of the Madrid Open before winning the Italian Open against Stefanos Tsitsipas to clinch a 38th Masters title.

Elsewhere, last year’s finalist Matteo Berettini will be hoping to go one better this time around. The Italian has a monstrous serve which has served him in good stead (no pun intended) throughout the circuit this year. Most recently, he clinched a second sucessive Queen’s title last week to get his Wimbledon preparations well and truly underway.

Rafael Nadal will be eager to win one last grass court tournament before his career comes to an end – the Spaniard is undoubtedly the king of clay but has not at Wimbledon since 2010. He enjoyed another inevitably fruitful French Open, winning an incredible 14th title and moving two clear of Djokovic and Federer in the all-time Grand Slam winners list.

From the old guard to the next generation, emerging talents in Felix Aliassime and Carlos Alcaraz are ushering in a new age of tennis superstars. The former won his first career title in Rotterdam in February this year, but his best Grand Slam result is a semi-final appearance at the US Open in 2021.

The Canadian managed to push Nadal to five sets in the French Open this year and a first major title may be within reach.

At just 19, Spanish starlet Carlos Alcaraz will be competing in the seniors for the first time and is 32-4 this season with two ATP 1000 crowns (Miami, Madrid) and two ATP 500 titles (Barcelona, Rio). Two of his losses were to Nadal at Indian Wells and Zverev in the French Open quarterfinals. However, he is vastly inexperienced on grass compared to the rest of the field and is probably a good outside chance at 14/1.

Below are the implied probabilities of each competitor based on the latest Paddy Power odds.