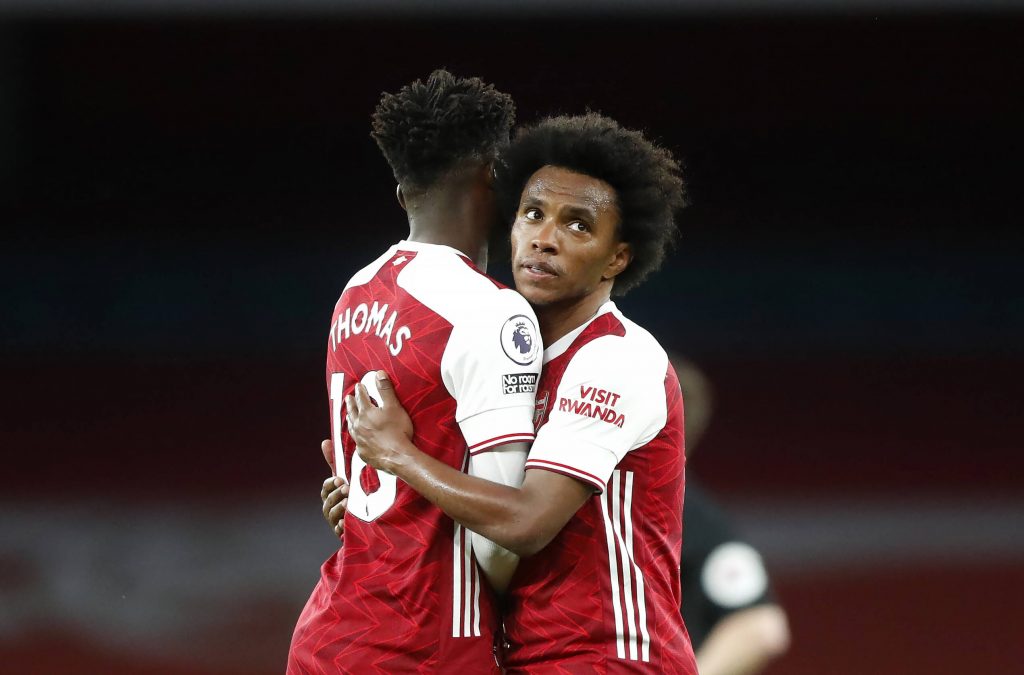 The Gunners have reportedly agreed to part ways with Luiz when his contract expires next month, and they are likely to make an announcement soon.

It is now reported that compatriot Willian could also leave the north London club with interest from several European and Major League Soccer teams.

Willian has two years remaining on his contract with the Gunners. The club are awaiting bids for the Brazilian, who earns around £192,000-a-week.

Willian made the switch across London from Chelsea last summer, and it was suggested that he would be a quality addition to the Gunners ranks.

However, the move has proved far from successful, and he has struggled for form and consistency over the course of the campaign.

Willian has registered seven goals and one assist from 37 appearances for the Gunners, but he has stood out in just a couple of games.

Over the past few months, he has been a regular on the bench, and it is unsurprising that the Gunners are willing to sanction his sale this summer.

Arsenal will hope that the Brazilian is willing to take a significant pay-cut at his next club without any compensation from them.

Besides Luiz and Willian, Granit Xhaka, Hector Bellerin and Alexandre Lacazette and Bernd Leno have recently been linked with summer exits.