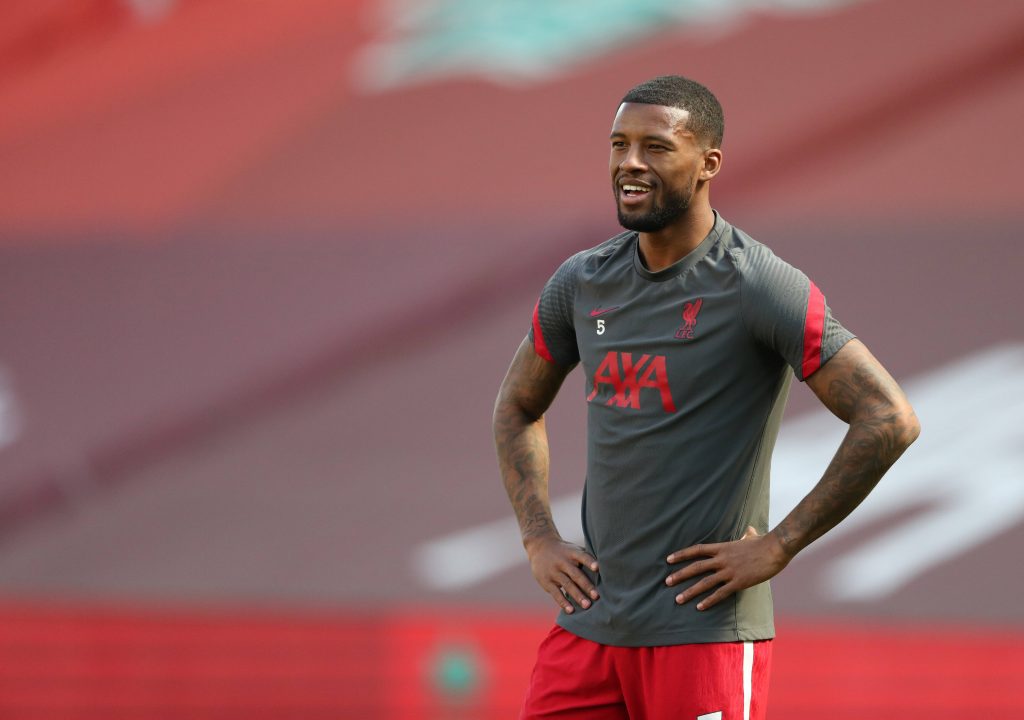 Liverpool’s Georginio Wijnaldum is ‘likely’ to leave the Reds this summer, according to Liverpool Echo journalist Ian Doyle.

Wijnaldum has been heavily linked with a move away from Anfield this summer, with the Dutchman’s contract set to expire during the off-season.

Despite making 232 appearances for Liverpool and winning both the Premier League and Champions League, talks over a new deal have seemingly failed to reach an outcome.

Reports have even suggested that Wijnaldum has signed a pre-agreement contract with Barcelona to join the Blaugrana next season.

Doyle has now claimed that Wijnaldum’s exit ‘looks likely’, with a new midfielder expected to arrive in the summer.

‘As I expect a new midfielder to arrive then, yes, Wijnaldum will be replaced if he leaves, which looks likely,’ he said during a Q&A session.

Doyle then claims Liverpool will be looking at ‘a few’ options to replace Wijnaldum, with the reporter suggesting Brighton & Hove Albion’s Yves Bissouma as his favoured choice.

The Reds have been linked with a move for Bissouma in recent weeks, with suggestions he could cost them £40 million in the summer transfer window.

SL View – Would Bissouma be the perfect replacement for Wijnaldum?

While Bissouma has spent most of his time at Brighton towards the bottom of the Premier League table, the Frenchman has won many admirers.

The 24-year-old has quietly improved season on season, with the current campaign being his best yet.

With both brilliant defending and attacking displays, Bissouma would fit right into Jurgen Klopp’s Liverpool midfield.

His energy would be key to how the Reds play, while his technical ability is among the best players outside of the big six teams.

While his price tag may put some fans off, both his ability and perfect age for a long-term investment mean Bissouma looks like the perfect replacement for Georginio Wijnaldum.

Read Also: Would Liverpool be top four with fans allowed at Anfield?