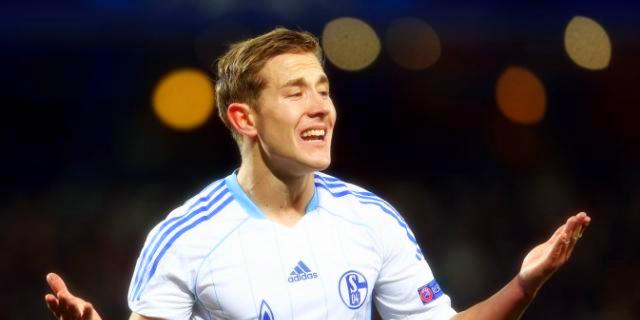 The 22-year-old has recently signed a pre-contract agreement with Tottenham and is expected to join the club at the end of this season. But Spurs weren’t the only club interested in Lewis Holtby.

Ever since it was revealed that Holtby won’t sign a contract extension at Schalke 04, Arsenal and Liverpool were thought to be keeping a close eye on the young German before the above deal took place. The Gunners have regularly scouted the midfielder this season and Arsene Wenger is believed to have made an approach to secure his signing.

But Holtby rejected Arsenal’s interest and signed for their rivals instead. The Germany international was recently questioned why he choose Spurs, a club which isn’t participating in Champions League football, and the midfielder stated that Andre Villas-Boas was one of the primary reasons behind his choice.

Lewis Holtby was quoted in press:

“[Tottenham] are not a small club and have an insanely good manager.”

Meanwhile, Schalke are still looking to sell Holtby in this transfer window and stop him from the joining Spurs for free next summer. Schalke’s general manager, Horst Heldt, has stated that the German club is still open for offers and are waiting for Tottenham to make a move.

“If a request comes from Tottenham, we will deal with it. That has not happened yet. But the willingness of our side is there.

“There is a limit when we would be ready. We need to rely on players or consider ourselves active in the market again.”

This could again open up opportunities for Arsenal and Liverpool to make a move during this transfer window and will certainly keep Tottenham Hotspur on their toes. It would be also interesting to see if Lewis Holtby changes his mind, if Schalke accepts any offers from other interested clubs, having already negotiated with Spurs.