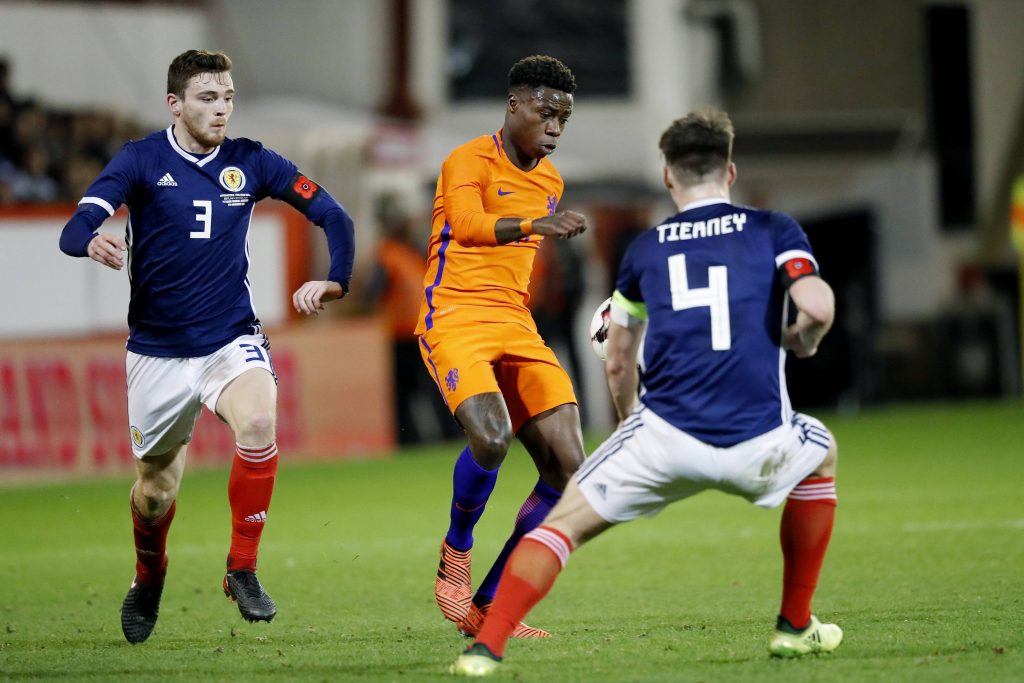 It can be a problem to have too many good players in the same position.

The Scotland national team faced the situation not too long ago as they tried to accommodate Kieran Tierney and Andrew Robertson.

The Premier League duo play at left-back for their respective clubs, which made it hard to deploy them together.

However, manager Steve Clarke has cracked the problem by employing a 3-5-2 formation with Tierney as the left-sided centre-back and Robertson at wing-back.

The Arsenal man was previously used as a right-back to accommodate him in the team, but the new set-up works much better.

This was on display in their last friendly, where Clarke’s men secured an impressive draw against the Netherlands.

This bodes well for the team as they head to the European Championships, but what makes this system work?

In the case of Tierney, he has experience playing in this role with Arsenal and his former club Celtic.

He was regularly deployed there by Mikel Arteta when they won the FA Cup in 2019/20.

As for Robertson, the system at Liverpool allows him to roam forward with freedom as the central midfielders are there to cover for him.

Now, he can do the same for his country as his Premier League counterpart is there to complement and protect him.

Although used as a centre-back, Tierney functions as an additional full-back capable of joining the attack.

When combined with Robertson’s natural tendency to gallop down the left wing, it gives Scotland an extra dimension.

Clarke has found a formation that gets the best out of both his defenders, and it does not diminish their effectiveness. It gives Scotland a better chance against some of the bigger teams.

Both Tierney and Robertson have been in great form for their respective clubs, and the duo will hope to replicate that at international level.

They can do so in this set-up and together have the potential to give the Tartan Army a tournament to remember.