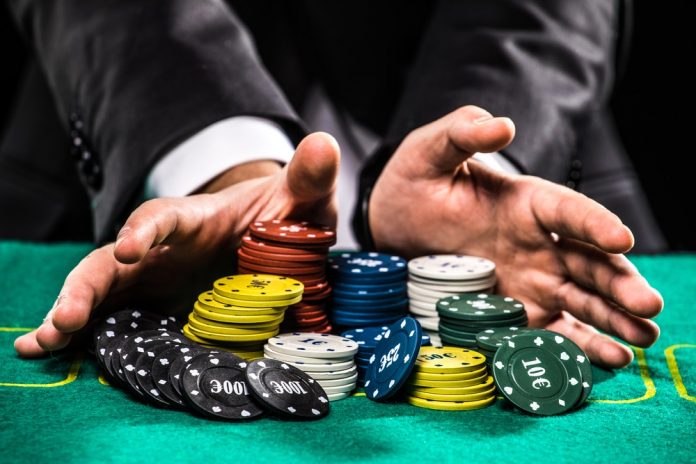 Football and gambling have historically enjoyed a long-standing relationship that has proved to be mutually beneficial to both industries.

Many footballers love to place bets, although they are banned from wagering on their own sport in numerous jurisdictions.

However, there are plenty of players who enjoy playing games at trusted online casinos or gambling on other sports like horse racing. Read on as we look at why footballers love gambling.

The financial boom in top-class football has undoubtedly made it much easier for players to indulge their passion for gambling.

Their affluence allows them to mix in celebrity circles and betting provides the perfect backdrop for spending time with like-minded people.

For some players gambling goes beyond the buzz of trying to make a profit, a point that is demonstrated perfectly by former England star Michael Owen.

He took his love of gambling to the next level when he opened Manor House Stables as a training yard back in 2007.

Owen has enjoyed plenty of success since then, most notably with Brown Panther who won a plethora of top-class staying races.

“My main passions in life have always been my family and football, but I suppose a close third, is horse racing,” he told the Manor House website.

“The joy of owning a racehorse is indescribable, from buying them as youngsters, watching them develop and seeing their first visit to a racecourse.

“I have owned horses for many years and, whenever I have time off, you’ll find me down at the stables!”

A Desire Driven by Competitiveness

Footballers are competitive by nature and that element goes a long way to explaining why many players enjoy gambling.

Tony Cascarino is a great example of this in action, having first honed his poker skills travelling with the Republic of Ireland squad during the 1990s.

After his retirement from the game, Cascarino split his time between working as a pundit for talkSPORT and playing live poker.

He won over $500,000 across numerous events and says the time he spent playing against his teammates was the perfect grounding for the competitive nature of tournament play.

“We played a lot of poker on the team bus and I used to come away with a fair few match fees,” he told the Irish Times.

“We never played for the pots I play for now, mind you, because we still had to play football together and we couldn’t have people losing absolute fortunes.

“I never play for the craic now – I only play for one thing now and that’s to win money.”

Embracing the Social Side of Betting

Footballers often have plenty of spare time on their hands, meaning that they must find ways to fill those periods in a productive manner.

Many players turn to gambling due to the social aspect, with sports betting and casino games offering them the chance to enjoy some down time.

West Bromwich Albion forward, Charlie Austin, co-founded a horse racing ownership syndicate that was designed to provide him and his associates with some social thrills.

Excel Racing Limited has proved to be hugely successful and gives Austin the chance to fully enjoy his passion for gambling.

“So, when I used to go, have a pint, have a bet, I always used to think I’d love to be able to go in the middle of the ring as an owner.

“My mate and I just thought ‘right let’s set up a syndicate and try to attract other like-minded people that want a similar thing and do the same’.”

Advancements in technology have made it even easier for footballers to gamble, with online sites and mobile betting apps offering 24/7 access to sports betting and casinos.

The latter was probably the last sector to fully shift online, but the last six months have hastened the trend towards internet play.

He has used his love of poker as a force for good, taking part in fundraising events for charities such as the Vichai Srivaddhanaprabha Foundation and the Bobby Moore Fund for Cancer Research.

The midfielder says he plays poker purely for fun and plans to carry on indulging his passion for the game when he eventually hangs up his boots.

“I love poker, I love the game and the strategy behind it,” he said. “A lot of people outside of poker see it as gambling, but it’s a skill game with an element of luck.

“I enjoy playing no matter what the stakes. I don’t play for money – I play for the enjoyment of poker, so I’ll definitely continue to play.”