It’s a never-ending battle! Bookies and punters have been breaking spears for centuries. Needless to say, everything changed drastically with the introduction and the advent of the Internet. Regardless of your current location, you can bet on any event in the world, and you’ll get the same odds. Betting is a huge topic, and our point of interest is the football World Cup and which matches you should avoid as a punter. This information is useful for all other sports tournaments. The basic principles and the tournament rules are still the same. Ergo, we’re going to leave a few tips along the way.

First things first. Make sure you check out the best betting sites because you will need a place where you’re going to bet. Second, and more importantly, know what you’re betting on! The World Cup is the centre of attention and the national football representatives are under big pressure. It doesn’t matter whether they have international experience, or whether they’ve gone out to give their best in front of a 70,000+ audience.

In most cases, the first two games give us the winner of the group winner and the runner-up. Try to avoid matches that don’t have an impact on which teams will advance to the next stage. It’s pointless. The players will save their energy and their best tricks for the knockout stage. The coach is most likely going to bench his best players. Ergo, it makes it almost impossible to place an insightful bet.

Alternatively, if you’re in it for the thrills only, go for a goal-line bet. If you expect a slow game, under 2.5 goals is an OK bet or both teams to score, if you think it’s going to be an exciting match.

Semi-Final and Final Matches – Are You Really That Eager to Bet?

There’s nothing wrong with betting in the knockout stage, but if you want to make the most out of your betting budget, you might want to use the bigger chunk during the group stage, and the early knockout matches. The teams that have reached the finals, or the semifinals at the very least, are obviously well-trained, they have the team chemistry and they’ve proved this! Do you really think you can handle “the skill”? Do you think you can make an informed decision and have decent chances of winning?

Betting on the finals can take away the joy and the regular excitement. Sure, you can back your favourite. But, what have we said about betting on favourites? Real money is on the line, and it’s not worth it! If you’re such a passionate football fan, you might as well sit back and watch the game, without placing a bet. 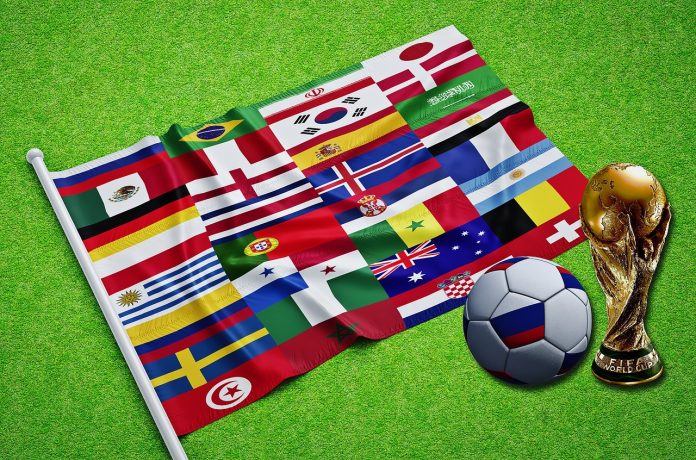 We wanted to avoid any political or historical terms, so we can call them rivals or opponents. For example, it’s easy to enjoy a match between England and Italy. You don’t need a bet to enjoy the game. However, It’s also recommended to avoid these games and not place a bet on them, because the outcome is not predictable. This essentially means that your bet can go down the drain in an instant. These squads are full of individuals who can single-handedly set the score.

Now, at least 4 groups will set the grounds for at least one such clash. Also, in the event of the “group of death” being a thing, expect two of these in the same group. In simple words, avoid them. Unless you have some insightful bets you can place, avoid them. You never know which one of the leaders in the squads will crack under the pressure of bearing the nation on his shoulders.

This applies to other sports and other tournaments as well. When it comes to the nation’s pride, miracles can happen. This is the time when legends are created. Moreover, this is the time those highlights are created that become part of “best football moments of all time” video compilations. Do you really want to remember the time when you blew £/€100 on a bet you knew wasn’t going to be a winner?

Rookies at Top International Tournaments – Avoid or Not?

They’re not a sure shot, and they’re not exciting matches to watch. However, placing a bet on these matches is OK to say the least. You may be wondering “so which matches I should bet on at the World Cup?”. It all depends on the betting market. For example, seeing two rookies that have little to no World Cup experience should raise all kinds of red flags. A three-way bet is a big no-no, unless you know something other punters don’t.

Instead, go for a goal-line bet. If there aren’t any distinguished strikers, betting under 2.5 goals is what you should ideally do. If the defense isn’t “world-class” (they’re at the World Cup for crying out loud), both teams will score eventually.

To wrap it all up, you can bet on encounters of national squads that aren’t regulars in the World Cup tournaments. The odds are definitely worth it! Regardless of the market at hand, the odds are always attractive when rookies are in charge of the show.

Bonus: Which World Cup Matches to Bet On?

Although we should talk about matches to avoid, we decided to give you a clear overview of which matches you want to bet on at the World Cup. Ideally, this is a guide when you should spend most of your budget.

These aren’t definite and absolute guidelines. There are always some exceptions which cannot be categorized easily. It is then that the passionate and avid punters are revealed.

For what it’s worth, bet, and please bet responsibly!