India
Home News where will willian fit in the chelsea side 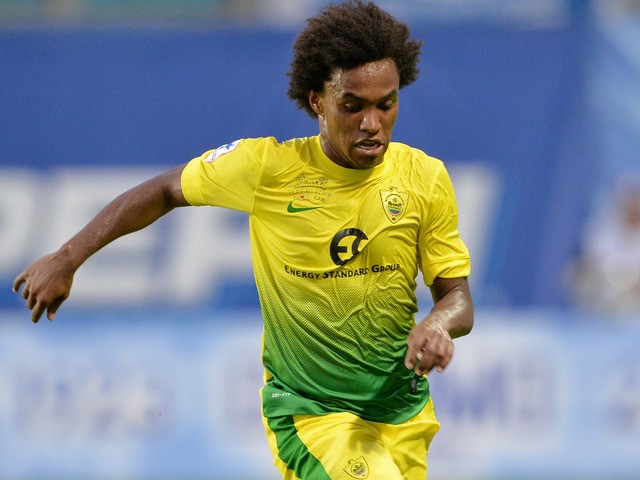 The 25-year old was undergoing a medical with Spurs, but the Blues swooped in matching his asking price and subsequently pinching him off their hands.

Understandably, Tottenham supporters are furious with how Chelsea have gone about their business, but the question is where on earth the Brazilian international will fit in the Chelsea team.

To suggest the Europa League winners have more than enough strength in depth in Willian’s favoured position is an understatement. The 25-year old plays as a left-winger or central attacking-midfield – two positions Chelsea couldn’t be more heavily stocked in.

Juan Mata, Eden Hazard, Andre Shurrle, Kevin De Bruyne, and Victor Moses can all play on the left-wing for Chelsea. Mata, Hazard, Oscar, and even van Ginkel could all be utilised in the attacking-midfield position.

From the outside, Chelsea signing Willian would seem a pointless endeavour, but has Tottenham’s summer activity meant the Blues are now taking affirmative action to halt their progress?

There is no doubting of the Brazilian’s ability and his potential to play among the best sides in Europe, however, he’s chosen a side where it’s more than likely he will struggle just to make the bench.

Hardly ambitious if he isn’t getting a look regardless of how he’s playing in training, and what will it do for the harmony of the side? Chelsea’s current options can’t have taken kindly with even more competition potentially joining the ranks.

Players need a run of games for consistency, and it won’t be guaranteed if manager Jose Mourinho has to keep rotating to keep players happy.

He’s yet to be officially named a Chelsea addition, but spending £30M on a somebody who could well be bench duty seems rather wasteful. Especially considering the fact Mourinho stated getting a striker was the side’s number one priority.