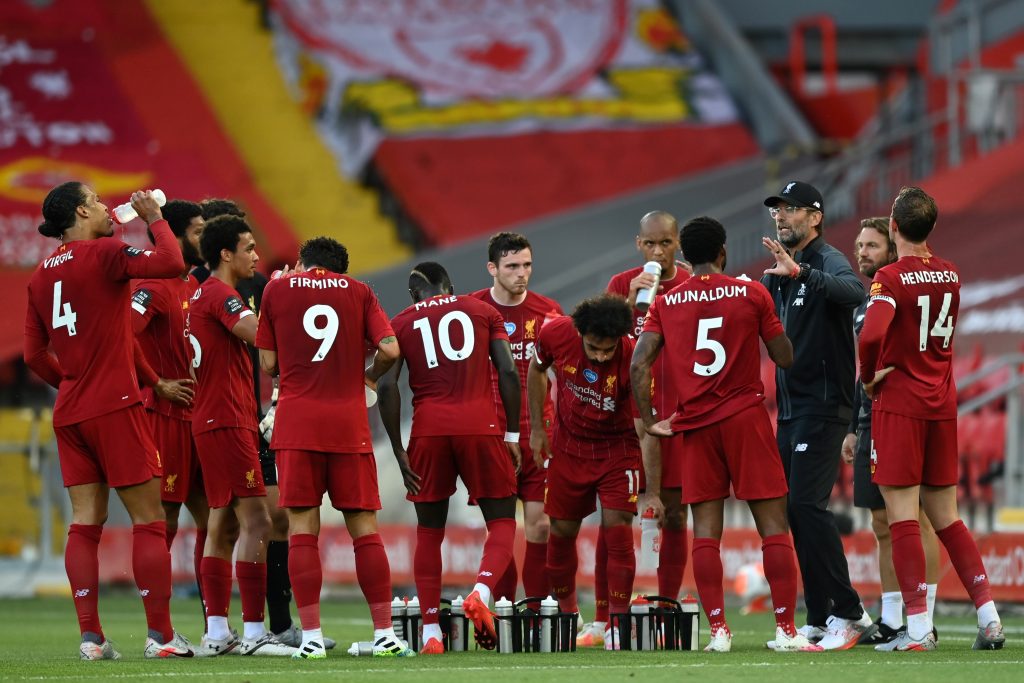 Liverpool moved to within touching distance of their first title in 30 years after beating Crystal Palace 4-0 at Anfield on Wednesday night.

Goals from Trent Alexander-Arnold, Mohamed Salah, Fabinho and Sadio Mane sealed all three points for the home side.

With that, Liverpool need just one more win to guarantee a first top-flight title triumph since 1990. The players and the fans can now feel that they are close to reaching the promised land.

“Since I came here I said I want to win the Premier League. The city did not win it for a long time.

“Last year we had a chance but Man City also played really well and deserved it. It’s our time to win the league.”

However, the Reds can wrap up the title even before that.

How Liverpool can be crowned Premier League champions tonight 🏆

Liverpool are 23 points ahead of Manchester City who have played a game less.

With seven games left to play, a draw or a defeat for Manchester City would mean they cannot catch Liverpool mathematically.

Thus, if Pep Guardiola’s side fail to win against Chelsea at Stamford Bridge, then Liverpool will be crowned Champions tonight.

If City beat Chelsea on Thursday, then Liverpool would need just a point at the Etihad Stadium to win the league.

However, Manchester City can further delay the inevitability of the Reds’ coronation as Premier League champions if they win both against Chelsea and Liverpool.

In that case, Liverpool could be crowned champions if they secure points either against Aston Villa or Brighton in their following games.