This reporter was surprised to turn around and find two of Manchester United’s most cherished players behind her as she chatted with a friendly Nike representative, but pressing her as well was the bag that Berbatov is carrying.

Is this a dopp kit dear readers? This is our best bet. We just aren’t going to declare it a man bag, or a man purse, or anything of the sort. Dimitar’s attitudes and arm tattoos simply don’t allow for such metrosexual hypothesis.

We deduce that, as it was a known fact the players were arriving to the launch from a hot and humid training practice at nearby Toyota Park, home of the Chicago Fire, dopp kit it must be. That still begs the question though, what is in this bag? Razor? Moisturizer? Presumably deodorant and a comb for his coif? And why was he carrying it along? Place your thoughts and comments below. 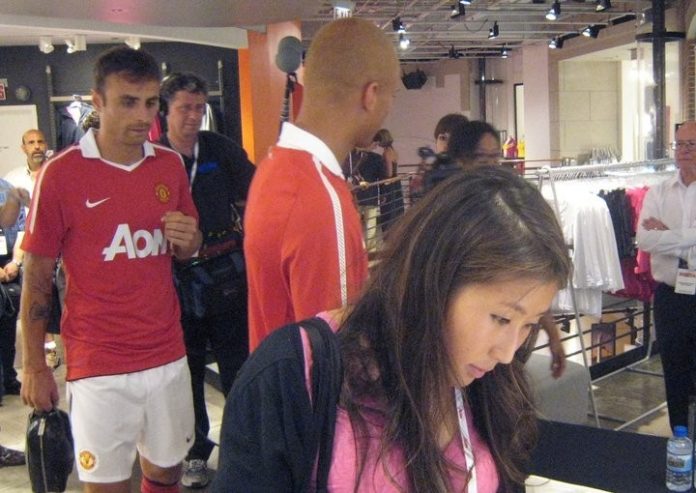