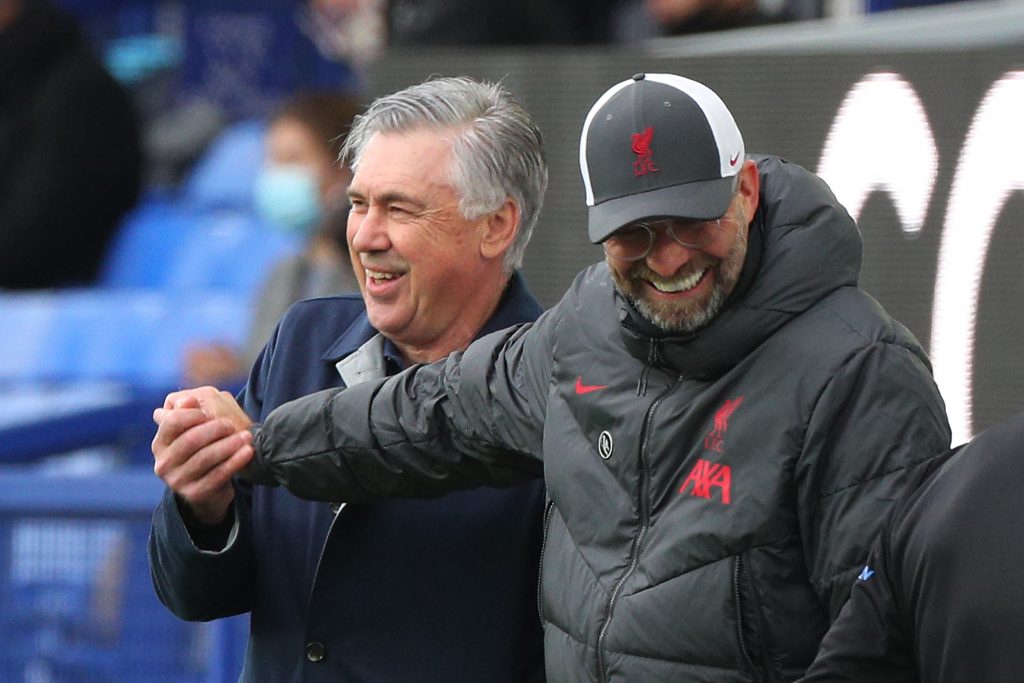 Liverpool will resume Premier League action on Saturday when they host Everton, and they will be keen to bounce back from three consecutive defeats.

The Reds lost to Leicester City on Saturday following back-to-back losses at the hands of Manchester City and Brighton & Hove Albion, and a Merseyside derby at Anfield is the perfect chance for them to get their campaign back on track.

Everton have not won at Liverpool’s home since 1999 and are without a victory against them since 2010.

However, the Toffees have won the same number of league games (11) as the Reds this term, with only three points between them and Jurgen Klopp’s men ahead of their midweek clash with Man City.

Everton will fancy their chances of getting a victory at Anfield given their form under manager Carlo Ancelotti, and former Liverpool striker Peter Crouch believes it is possible.

“It doesn’t sit easy with me to say this, but you’re right – what an opportunity this is for Everton,” he told Sportsmail when asked about the Toffees’ chances of beating Liverpool.

“They have got to get past the mindset of feeling ‘this is Liverpool at Anfield’, otherwise the wait for a first victory there since September 1999 will go on.

“I like Everton. Lucas Digne is class, James Rodriguez has been excellent and Carlo Ancelotti has turned them into a good, solid side. The top four might be just beyond them but there is no reason why they cannot finish in a European place this season.”

Liverpool have lost to Burnley, Brighton and Man City at Anfield this term after going 68 top-flight games without defeat at home, and Everton will be looking to condemn their bitter rivals to another home defeat.

With fans not allowed in stadiums, an empty Anfield poses no threat to opposition teams like it used to and a cracking derby should be expected on Saturday.

The Toffees have not been in particularly impressive form themselves, with just a league victory to their name in the last five games.

Nevertheless, the Merseyside duo are always in inspired form and high spirits whenever they face each other, and it why a feisty clash should not be ruled out when they meet this weekend.

Everton are looking to break into the top six permanently, and their next two games are the perfect tests to prove their credentials.

In other news, Carlo Ancelotti provides an injury update after Everton’s defeat vs Fulham.