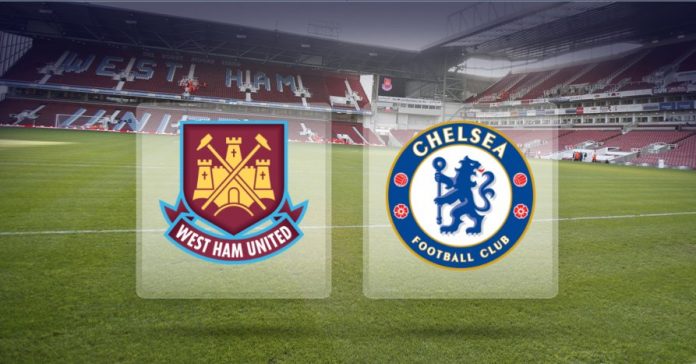 West Ham United host Chelsea in the EFL Cup tomorrow night and the Hammers will be looking to pull off an upset in front of their own fans.

The Hammers have had a poor start to their season, but Slaven Bilic‘s side are on the road to recovery. West Ham have won their last two matches with clean sheets and are unbeaten in their last three in all competitions.

Chelsea will be a stern test for the home side who are looking to get their season back on track.

West Ham faced Chelsea earlier this season in the Premier League and were beaten 2-1, thanks to a late winner from Diego Costa. The Spanish international scored in the 89th minute to cancel out James Collins’ 77th-minute equalizer.

Andre Ayew has returned to training but the former Swansea forward is lacking in match fitness. Aaron Cresswell is suspended and Diafra Sakho is training with the U23 squad in order to regain his sharpness. Andy Carroll, Arthur Masuaku, Gokhan Tore, Sam Byram and Darren Randolph are all still sidelined.

Chelsea will be heading into this game on the back of a stunning 4-0 win over Manchester United in the Premier League.

The Blues have been in supreme form since their 3-0 defeat to Arsenal earlier in the season. Conte will want to win a trophy in his first season and the EFL Cup is a great opportunity for them. Spurs — Liverpool and the Manchester clubs are facing each other in the EFL Cup and Chelsea will know that two quality sides will be eliminated from the competition this week.

Chelsea have won four of their last five matches in all competitions and will look to secure their passage into the next round with another win here.

The Blues will have most of their first team players fit to choose from. Kurt Zouma and Van Ginkel are the only absentees for Antonio Conte.

Chelsea have won their last 3 matches in all competitions.

Chelsea have kept a clean sheet in their last 3 matches in all competitions.

West Ham have won their last 2 matches in all competitions.

West Ham have kept a clean sheet in their last 2 matches in all competitions.

Chelsea are unbeaten in 5 of their last 6 meetings against West Ham.

Chelsea are in supreme form and have a superior head-to-head record against the Hammers. Get Chelsea to win at 4/5 with Ladbrokes.

West Ham have kept 2 consecutive clean sheets and have won both games. West Ham are an impressive 7/2 to win.

The last 3 meetings between these two sides have seen both teams get on the scoresheet. Get both teams to score at 8/13.

Chelsea are full of confidence right now and have momentum. Although West Ham have done well in their last two matches, they are significantly weaker than their opponents tomorrow.

The away side are defending very well right now and are efficient going forward. Conte’s men should be able to secure safe passage into the next round of the competition with another win over their London rivals.