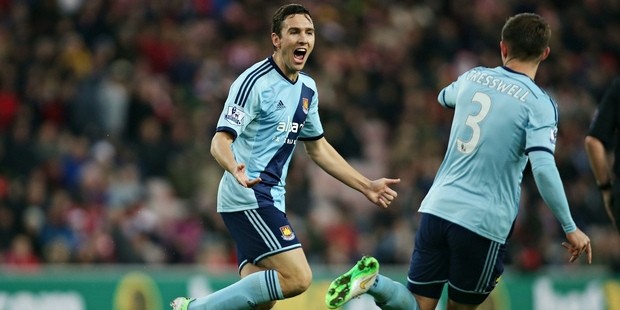 Who’d have thought that Big Sam’s Hammers, come the end of December, would be above Arsenal, Liverpool, Tottenham and Everton, sitting pretty in the fourth Champions League spot?

Well, with a revitalised Stuart Downing firing on all cylinders, the solidarity afforded by former Gunner Alex Song, and a formidable strike force of Andy Carrol, Enner Valencia, and Diafra Sakho; who’s to say they can’t bag an unlikely European berth for next season?

A home tie against Leicester, who are rooted at the foot of the Premier League, is the perfect Christmas gift to start the mental run of festive fixtures. Father Allardyce must be rubbing his belly with glee!

For Leicester, one win at Stoke in September does not equate to decent away form; in fact, that win was one of only two victories so far this season, with their last the stunning 5-3 win over United now three months ago.