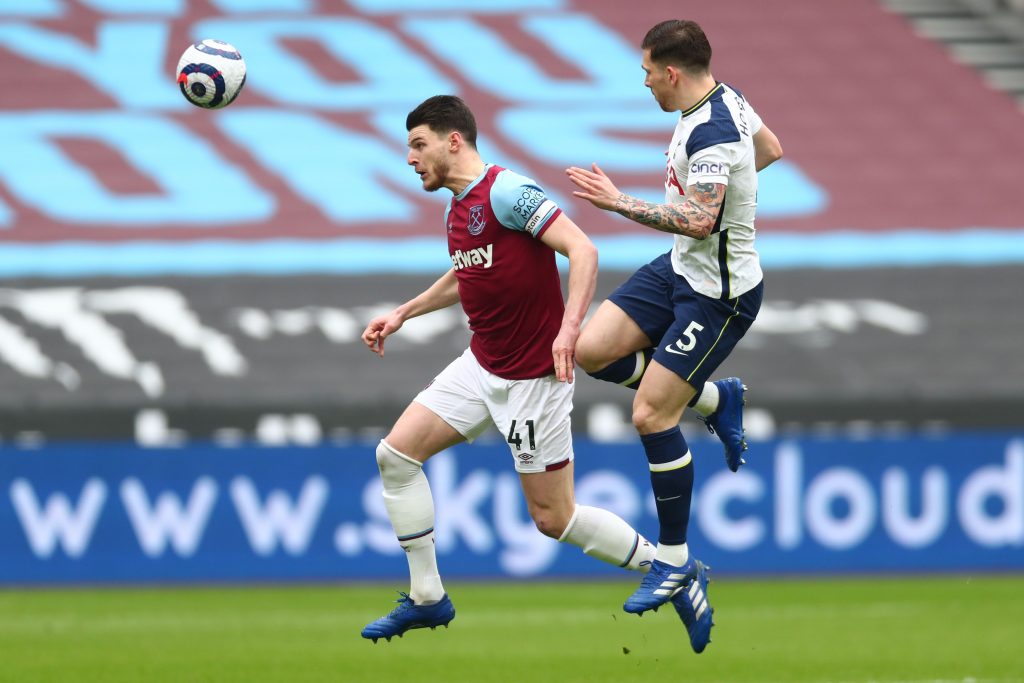 According to talkSPORT host, Jim White, the Hammers will not consider any bids of less than that figure.

“David Sullivan has already told me it’s got to be north of £100 million or they won’t entertain it,” said White. “We’ll wait and see what happens with that.”

Rice has played an integral role for West Ham this season, helping the club mount an unlikely bid for Champions League qualification.

Chelsea have been strongly linked with the midfielder, while Manchester United have also been credited with an interest.

However, an asking price above £100m would probably be enough to force both clubs to look elsewhere.

Rice has undoubtedly been a solid performer for West Ham this season, but Chelsea and United are unlikely to break the bank to try and sign him.

With the Hammers currently going well in the Premier League, it would also be a surprise if Rice decided that his future lay elsewhere.

That could change if West Ham were to miss out on Europe qualification or if the club fails to strengthen their squad this summer.

In other news, this West Ham forward is confident that the club will qualify for Europe.