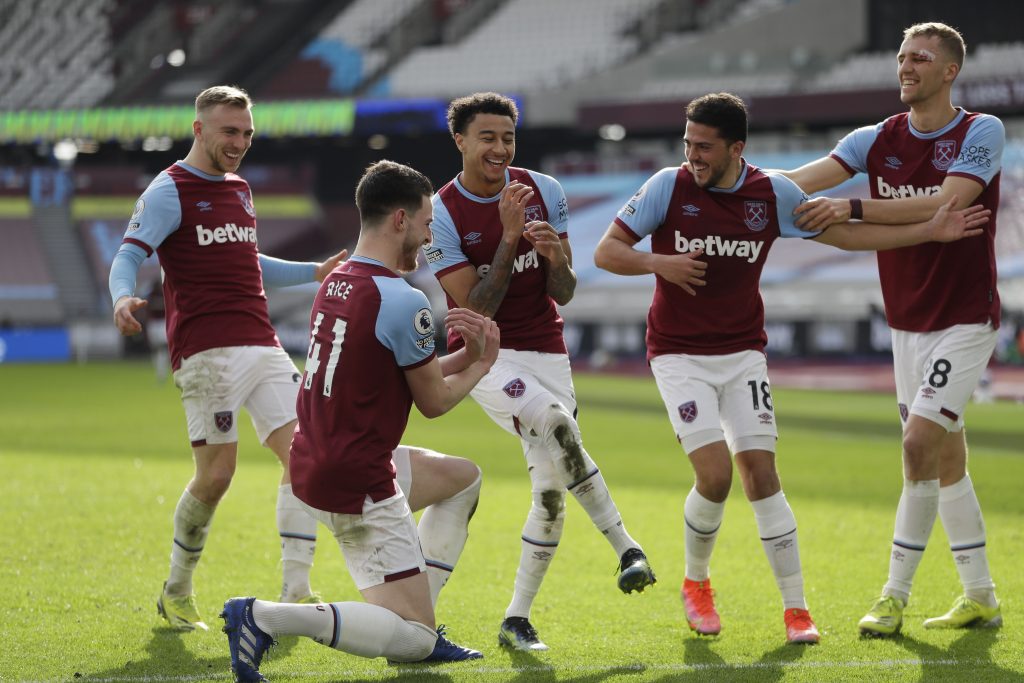 The Hammers are in fourth place in the Premier League table with seven games to go, and they will be hoping to finish the campaign strongly in order to play in the Champions League next season.

Despite the absences of Michail Antonio and Declan Rice, David Moyes’ men will fancy their chances of going all the way given Lingard’s red-hot form.

The England international has been in inspired form since joining West Ham on loan from Manchester United in January.

Lingard has hit the ground running at the London Stadium, scoring eight goals and weighing in with three assists in just nine Premier League games.

Hammers skipper Mark Noble has revealed that the attacking midfielder’s goals are going to cost him some money after losing a bet they had in January.

The midfielder had a bet with Lingard when he joined West Ham that if he scored eight goals, he would pay for a night out for him and a stay in the Corinthia Hotel.

"As much as Jesse’s goals were fantastic, I had a bet with him when he joined that if he scored eight goals, I’d pay for a night out for him and a stay in the Corinthia Hotel, so it’s going to cost me a few quid! He’s been fantastic for us hasn’t he!"

If he continues at this rate, Lingard could end the campaign with at least 12 goals, and that is a huge return for a player that was not given a chance at Old Trafford.

The West Ham loanee has now caught the attention of a number of top clubs in the English top-flight, including some of those in the top six ahead of the summer transfer window.

Real Madrid, Paris Saint-Germain and Inter Milan are also reportedly keen on recruiting his services, and the Hammers have got a huge transfer battle on their hands.

In other news, West Ham are reportedly keen on Chelsea midfielder.