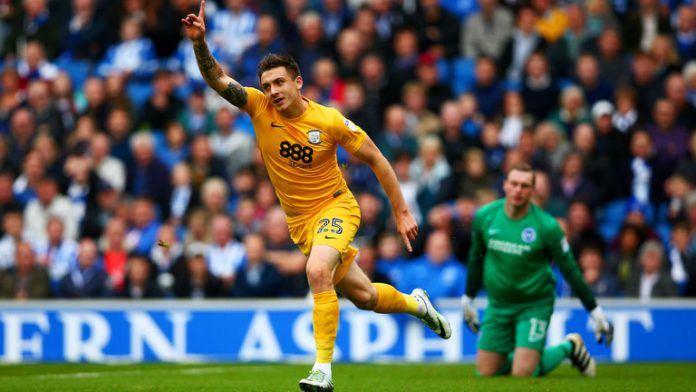 Sky Sports’ journalist Alan Myers has claimed the player is on his way to London to complete a transfer.

Preston signed Hugill from Port Vale back in June 2014.

His first season at Deepdale was a mixed bag and loan spells followed at Tranmere Rovers and Hartlepool United before the end of the campaign.

He signed a new two-and-a-half-year contract in October 2015 and ended that campaign with five goals in 32 games.

Hugill continued to impress in the 2016/17 season, and was given another new two-and-a-half-year deal in September 2016.

Preston rejected an offer of £1.5 million from Ipswich Town in January 2017.

He ended the season with 13 goals in 47 appearances to end up as the club’s top-scorer.

Hugill started the 2017/18 season in good form and was linked with a number of clubs in the summer transfer window.