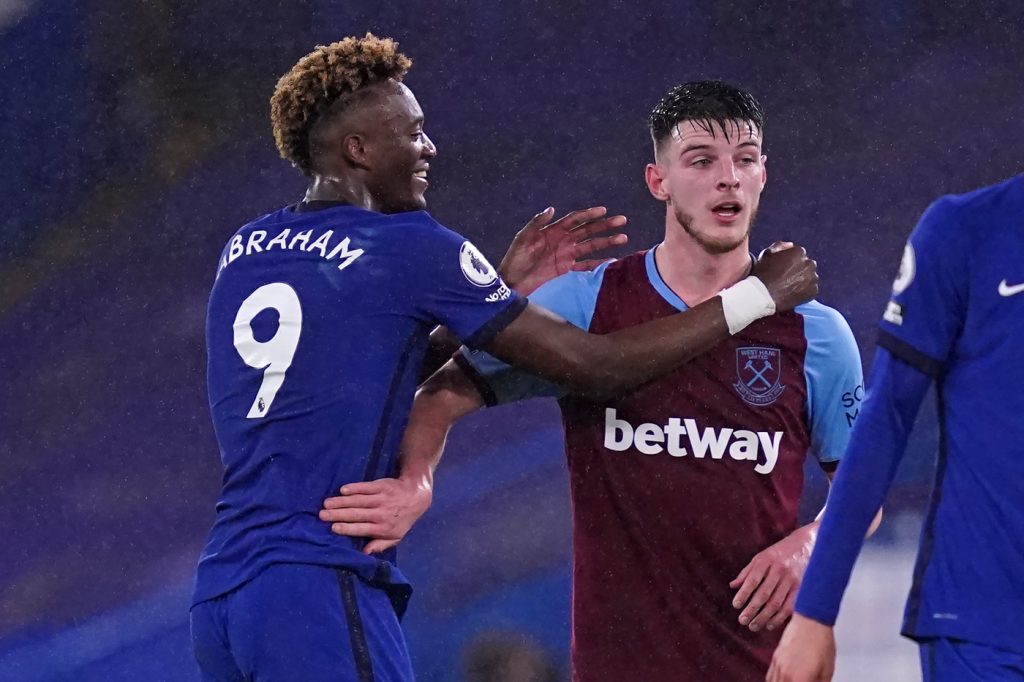 Declan Rice has been tipped to consider moving to a club who can offer him Champions League football.

The 22-year-old has established himself as an integral part of West Ham United’s midfield over the past few seasons, sparking links with the likes of Chelsea and Manchester United.

European football writer Tom Williams believes that Rice will stay at West Ham in the short-term, but has predicted that he will soon start thinking about moving elsewhere.

“The thought of Rice moving to a different club, it feels like he’s approaching that stage of his career,” he told the Sky Sports Transfer Talk Podcast.

“It’s natural that the players finding themselves in that sort of position at the age he is start to think ‘what would Champions League football be like?’ – you want to test yourself against those sorts of players.

“With the run that West Ham are going on at the moment, maybe they think Champions League qualification is a possibility for them this season, but I think at some point if he continues on this current trajectory, that will be the conversation that he’ll start having with himself and the people around him.”

Rice has played a key role for West Ham this season, helping the club mount an unlikely challenge for European qualification.

He was strongly linked with a move to Chelsea, but Frank Lampard’s sacking as manager may have scuppered his hopes of moving to Stamford Bridge.

A more likely destination for Rice may well be Man Utd, particularly with Nemanja Matic approaching the latter stages of his career.

However, the rumoured £80 million fee for Rice could make it difficult for any club to prise him away from West Ham.