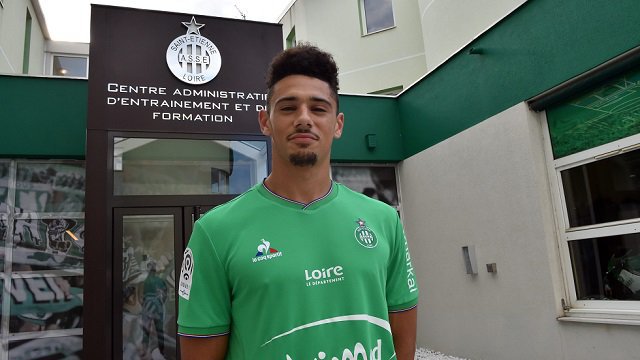 West Ham are expecting to sign a defender next summer, and have set their sight on St Etienne right-back, Kevin Malcuit.

The Hammers submitted an offer in the region of €10m for the French full-back during the January transfer window. However, their approach was rejected straightaway as the club didn’t want to lose a key player midway through the season.

According to reports from Le 10 Sport, the London club are likely to step up the chase in the up coming summer transfer window. He has two years left on his current deal, but the French side will allow the player to leave.

Malcuit was one of St Etienne’s standout players in last month’s Europa League games against Manchester United, and it led to reports that Jose Mourinho will send scouts to watch him in Ligue 1.

Slaven Bilic, the West Ham manager, has informed several parties that he remains very interested in the player and would try to sign him in the summer.

At this moment, there is no offer on the table for Malcuit. Le 10 Sport believe that business is likely to follow in the coming months between the two clubs, but West Ham will have to offer a lucrative proposal for the deal to go through.

The Hammers are also looking to bolster their central defence in the summer, and are considering making a move for Middlesbrough defender, Ben Gibson.