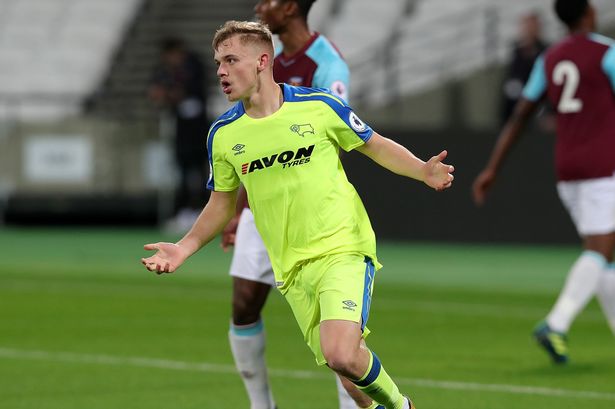 The 19-year-old had an impressive season with the Rams and the Hammers have made an offer for him.

As per the report, the transfer is close to completion and Cheltenham Town will receive 15 percent of the transfer fee received by the Championship outfit.

Apparently, West Ham are paying around £1.2million for the 19-year-old.

Thomas is very highly rated in the Championship and he was chosen as the young player of the year at Pride Park for the 2017/18 season.

He made two first-team appearances against QPR and Bolton last season.

The young winger is expected to join up with the West Ham youth team next season. The 19-year-old will be hoping to continue his development and force his way into Manuel Pellegrini’s first team plans.

West Ham have done well to develop the likes of Oxford and Rice over the years and Thomas will be hoping to follow in their footsteps and grow into a first team player in future.