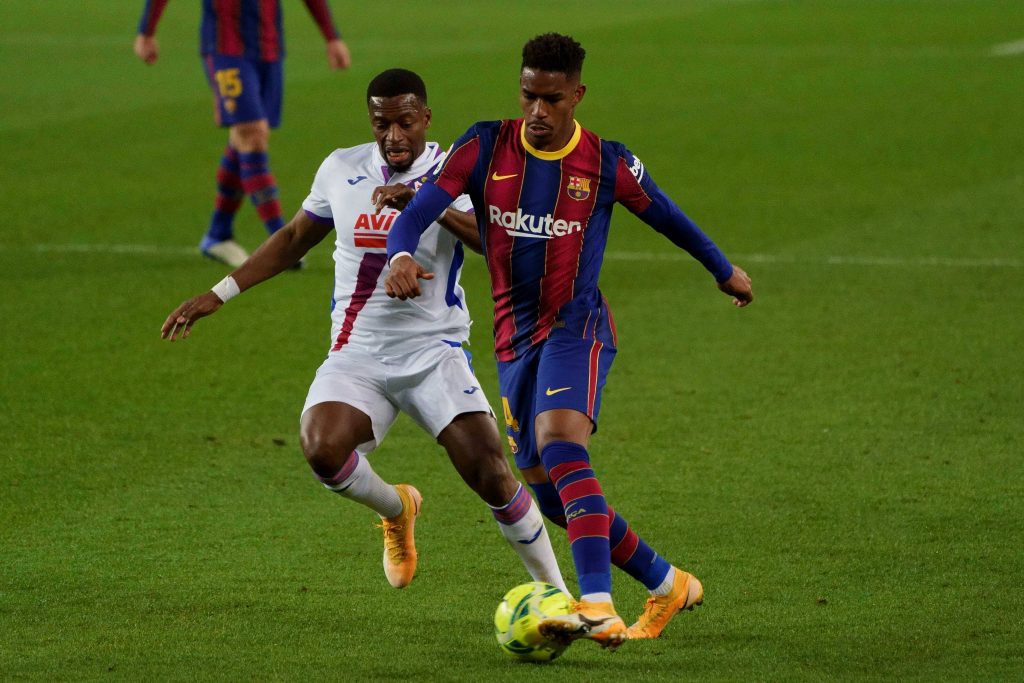 West Ham United have been linked with a move for Barcelona defender Junior Firpo.

The 24-year-old has fallen down the pecking order at the Catalan club and needs to leave to play regular first-team football.

According to Mundo Deportivo, West Ham are one of the clubs keeping tabs on the left-back. 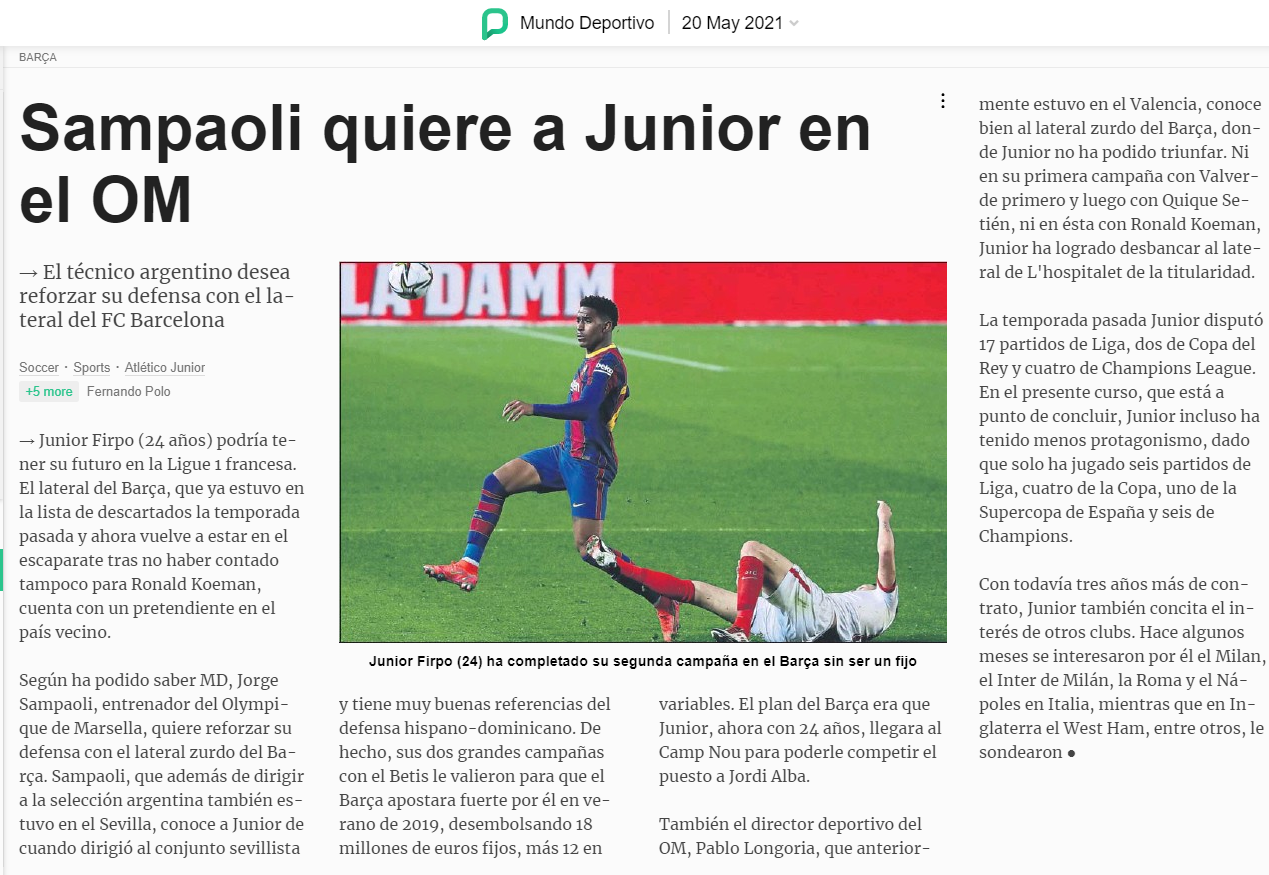 The Hammers have Aaron Cresswell as their starting left-back, but they lack depth in that position.

Firpo could be an excellent addition, with his ability to attack down the left flank potentially adding a new dimension to West Ham’s play.

The defender has made just two starts in La Liga this season and will be desperate to play more often.

It is evident that he is not a key player for Barcelona, and they may be open to selling Firpo to fund their own transfer business.

The Hammers will hope to fend off the competition from other European clubs and secure Firpo’s signature over the coming weeks.

Securing a place in next season’s Europa League could boost their chances, with Firpo likely to be keen to play in one of UEFA’s top club competitions.

Read: West Ham keen on Serie A midfielder this summer.