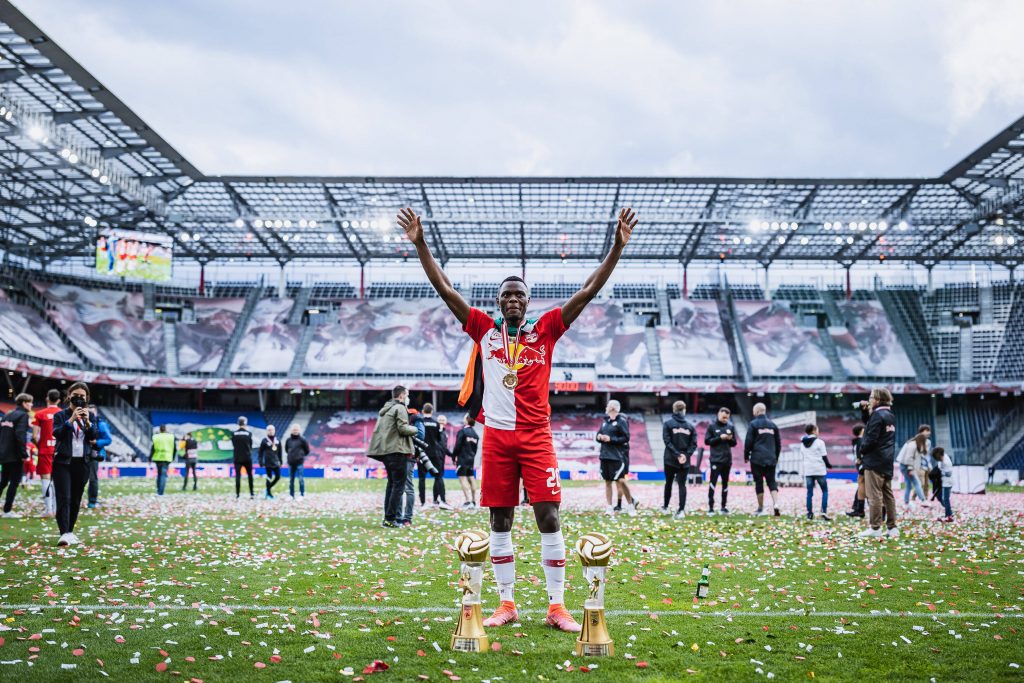 West Ham United have been linked with a move for RB Salzburg forward Patson Daka this summer.

According to Zambian Football, David Moyes is keen on securing the attacker’s services, and he could cost around £25 million.

Daka is widely regarded as a top-class talent and could be a superb long term investment for the Premier League club.

Manchester United, Manchester City, Liverpool and Arsenal are also keen on signing the 22-year-old after a sensational season in Austria.

The RB Salzburg has scored 34 goals and provided 12 assists in all competitions and would be an exciting acquisition for the Hammers.

Daka has the potential to develop into a world-class player in future, and West Ham must do everything in their power to snap him up.

The player has the quality to justify the reported asking price, and the transfer could look like a bargain next season.

Daka can play across the front line, and his versatility would be handy as they embark on their Europa League journey next season.

West Ham will be keen to fend off the competition over the comings weeks to give their attacking options a major boost.