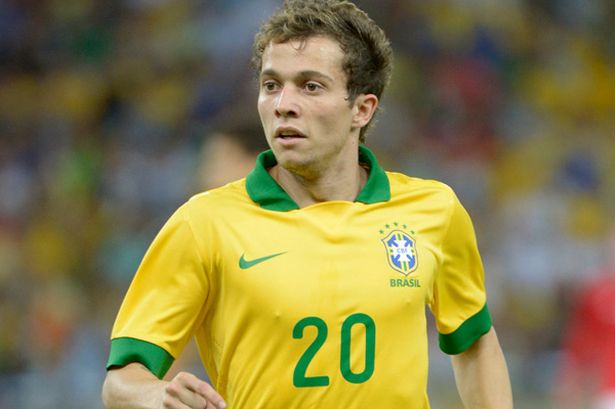 West Ham are interested in signing the Brazilian winger Bernard this summer.

The 25 year old’s contract with Shakhtar expired this month and he is a free agent right now.

Manuel Pellegrini has tried to sign the player previously (in China) and it seems that the former Manchester City boss is ready to move for him once again.

West Ham have held talks with the player’s representatives and it will be interesting to see whether they can agree on a deal.

Bernard has had an impressive spell with Shakhtar and he is ready to make the step up to the Premier League. The Brazilian can operate on the wing as well as a number ten.

West Ham are looking to sign Felipe Anderson from Lazio as well. The Hammers seem determined to improve their attack this summer.

Manuel Lanzini is ruled out for most of next season and signing someone like Bernard makes complete sense.

He could transform West Ham’s attack with his flair and passing. Furthermore, signing him for free could prove to be a massive bargain.