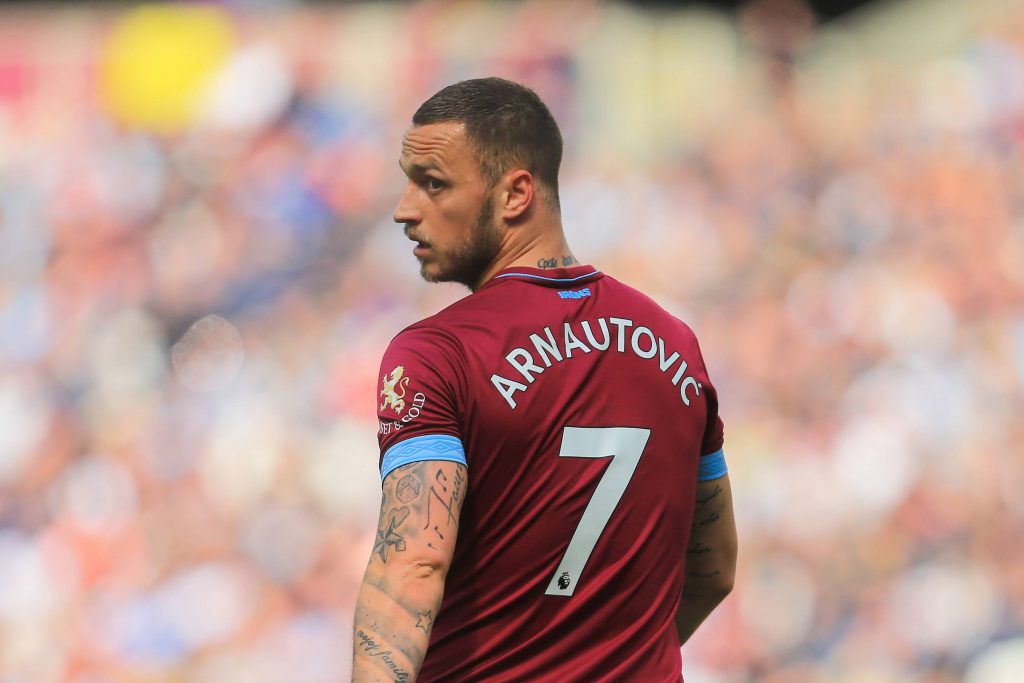 Marko Arnautovic has been linked with a return to West Ham United at the end of the season.

According to reports (translated by Sportwitness), the 32-year-old could head back to Europe. The Hammers and Crystal Palace are currently keeping tabs on him.

The Austrian was a fan favourite during his two years at the London club, bagging 22 goals and 12 assists in 65 appearances.

The Premier League club are willing to offer wages of around €4 million per season as they strive to boost their attacking options.

The Austrian knows the club and the Premier League well and would be able to adapt instantly.

As things stand, the Hammers are overly reliant on Michail Antonio for scoring goals, and Arnautovic’s arrival will give David Moyes some much-needed options up front.

Arnautovic can also operate as a winger, and his versatility could be handy, particularly if West Ham qualify for Europe.

The report further states that Italian club Bologna are interested in signing the forward but will struggle to match the salary on offer at West Ham.

The chance to play in the Premier League once again will probably be tempting, but Arnautovic is unlikely to start regularly at West Ham.

Bologna may provide the 87-cap Austrian international with more game time assurances and could be a more viable destination.

Read: West Ham want to sign an experienced defender on a free transfer.