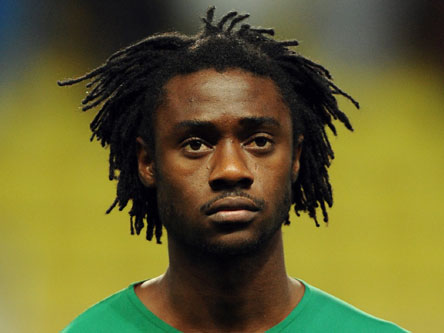 Arsenal were reportedly linked on more than one occasions this summer with Marseille defender Nicolas N’Koulou. Although, other English clubs are reported to be monitoring his situation, the interest from Arsenal seems genuine.

The 23-year-old Cameroon international is enjoying his life at the French club, but has stated early this summer that if a better offer comes his way, he can’t refuse. He said in an interview with Sky Sports:

“The club and me are together on my future. If they receive an offer they can’t refuse, then we will have to part company. Marseille is a great club and I love playing for them. They are part of my life.”

After impressing with Monaco, the defender joined Marseille on a four-year-deal in 2011. He made his international debut in 2008 and has since gone on to represent The Indomitable Lions 36 times including the 2010 FIFA World Cup.

Wenger in a recent interview to Telefoot has praised the youngster highly and the Frenchman considers him to one of the future best five centre-backs in Europe.

Is Wenger already setting up ground for a bid in the next transfer window? Generally, Wenger doesn’t praise any youngster so heavily, unless he takes a genuine interest in him.

The Gunners were linked with N’Koulou on a few occasions this summer and after such comments it becomes quite clear that Wenger really has taken a keen interest on the player. Though Gunners have a good defensive set-up, but a quality addition is always welcome in the squad.