Before he became a superstar, back in 2003, Cristiano Ronaldo was one of the hottest properties in Europe. He was watched by several English clubs, including the likes of Arsenal and Liverpool, but it was Manchester United who scalped him from under the noses of their opponents. 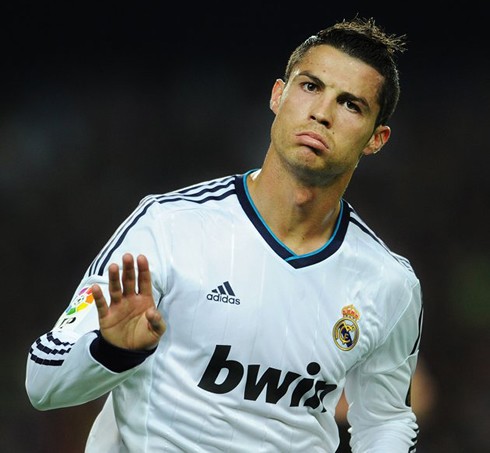 However, before his move to Manchester United, Ronaldo was close to joining London rivals Arsenal as revealed by manager Arsene Wenger. The Portuguese had a one –week-training at Arsenal and Wenger says he was really close to signing him with Ronaldo was given the no 9 shirt.

Wenger said as quoted in Championsleague.ca:

“He was very close to coming here. He has a number nine shirt with Ronaldo on the back from Arsenal Football Club.”

“What happened was that Carlos Queiroz went to Manchester United and they snapped him away from us because he knew him from Sporting.

“That’s what life is about. You give your best but sometimes you might find that people are stronger than you. That can happen as well.”

Ronaldo’s transfer to Real Madrid is possibly the best deal of the century. United signed a scrawny teenager for £12.25 million replacing a club legend, David Beckham and in six years’ stay with the Red Devils, he won everything at Old Trafford. And he was sold to Real Madrid for the-then world record transfer fee, at a time when UK market was struggling to come to terms with recession while the club itself was saddled with gargantuan debt.