According to TuttoMercatoWeb, Arsenal are preparing a €10m bid for Lyon striker Alexandre Lacazette, who is also interesting the likes of Tottenham and Liverpool. 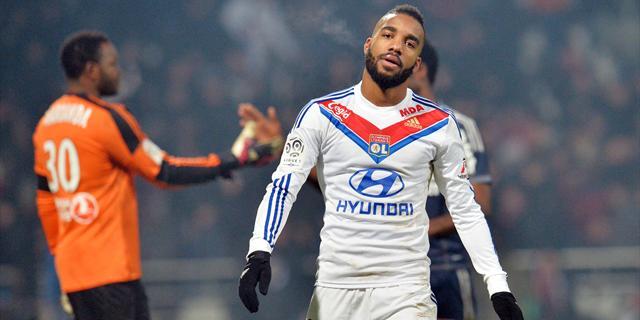 The 22-year-old has 19 goals in all competitions this season for Lyon, and his fine form has attracted the likes of Juventus, Fiorentina, Liverpool, and Spurs over the past few months, but now Arsenal are said to be looking to steal a march on their rivals with a preemptive bid so as to secure the hit-man this summer.

Lacazette’s current contract at the Stade de Gerland is set to expire in 2016, and with the club yet to sit down with their top scorer over a potential new deal, Arsenal will be hoping to persuade the youngster to push on with his career in North London.

Arsenal are set to rejig their forward line this summer, with Olivier Giroud, Lukas Podolski, and Nicklas Bendtner all linked with moves away.

Lyon are currently fifth in Ligue 1, and struggling to secure a Champions League spot for next term. The lure of Europe’s premier competition may be a key tool for Wenger in his pursuit of a vibrant new strikeforce.

Pacey, strong, and full of self-belief; Lacazette has appeared twice for the French national side, and is one of the country’s rising stars.

What do you think? Is Lacazette Arsenal material? Let me know in the comments below…