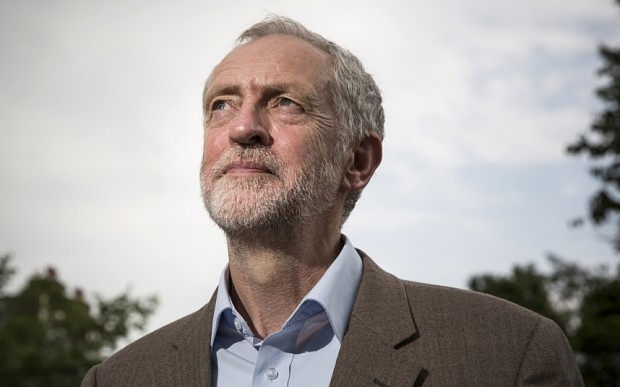 Arsenal are considered as one of the favourites to win the Premier League during the 2015-16 season. They did not have a good start as the Gunners suffered a defeat at the hands of West Ham United at the Emirates.

Since the loss to the London rivals, Arsene Wenger has seen his side bounce back as they now sit second in the table with 26 points from 12 matches. They are level on points with league leaders Manchester City with goal difference separating the two clubs.

Arsenal and Wenger have now been backed to win the title by a long-term Gooner and Leader of the Labour Party, Jeremy Corbyn. He also went on to back the Gunners manager, who, according to him is the right man to help the Emirates club to the Premier League title success.

When asked if he could become the Prime Minister, Corbyn said: “I hope the general election will come very soon, but I’m very confident of Arsenal this season. In Arsene Wenger we trust!”

Arsenal have enjoyed a great run in the league this season. They were sharing the best defensive record in the Premier League along with Manchester United where they had conceded eight goals.

However, they lost that spot after conceding against Tottenham Hotspur in their 1-1 draw during the north London derby at home. The only way Arsenal could lose the momentum could be due to their ongoing injury list.

Danny Welbeck and Jack Wilshere have been out of action for a long spell, while Aaron Ramsey and Alex-Oxlade Chamberlain, along with right-back Hector Bellerin are spending time in the treatment room.

Wenger decided against signing an outfield player in the summer transfer window as Petr Cech was their only new addition earlier this year. It should be seen whether the Frenchman will look in signing new players in January.