Daniel Welbeck becomes the sixth Englishman to score a Champions League hat-trick as he fired Arsenal to an emphatic 4-1 victory over Galatasaray.

It was Welbeck’s first hat-trick of his professional career, and has now scored four goals in five appearances for Arsenal since joining from Manchester United for £16m on the transfer deadline day. 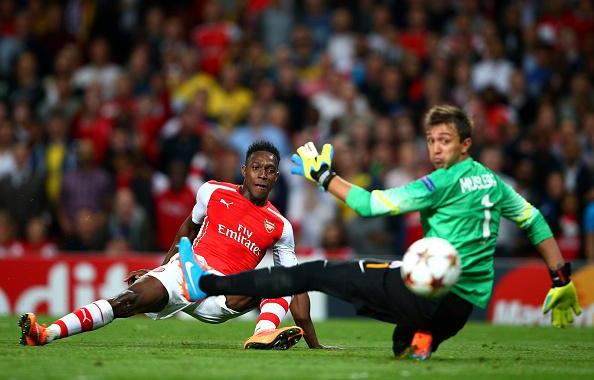 Welbeck is a typical modern striker who brings lot more to the game with his pace, technique, and work rate. Arsene Wenger said after the match:

“That was a surprise, that he’s technically clean. I also didn’t know he was so quick. I knew he was quick but he can be electric. When he starts [to accelerate], you feel he has great pace.”

The England striker is often criticised for his lack of goals. His goals per game ratio at Manchester United was very poor, though he was hardly used as a central striker.

The thing about Welbeck is he always gets into a good goal scoring position, but sometimes his finishing and poor decision making lets him down. Welbeck reflected on his performance after the match:

“My last hat-trick was probably for Manchester United reserves. The manager has shown a lot of faith in me and I’m delighted to repay him tonight. He has given me a chance to play football up front, in my preferred position and I’m going to do everything I can to make sure he is happy.”

These are early days but Welbeck is already making a big impression for his new club and repaying the faith of his manager.