The Thrill of Victory, and The Agony of Defeat

While the major European domestic seasons are just nearing their halfway point, a few leagues that I’ve previously mentioned in my world report have come to an end in exciting fashion. 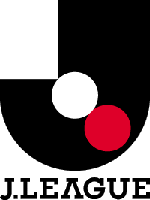 Urawa Red Diamonds, recently crowned Asian champions just three weeks ago, must have worn down at the wrong time of the year, throwing away a seemingly secure lead in the J-League’s top flight in the final month of the season.

Urawa had a comfortable lead atop the league standings with only a handful of matches remaining, but while they were busy winning the Asian Champions League, they were also busy handing the league crown to Kashima Antlers.

With five matches remaining, Urawa held a 10-point lead over Kashima (67 to 57). Both had put together lengthy win streaks (Urawa five, Kashima four heading into the final five matches). But, Urawa picked up only three points out of the final 15, while Kashima didn’t have a single blemish, winning their final nine league matches.

The turning point was the penultimate match of the J-League campaign, when Urawa hosted Kashima, still holding a four-point lead. Kashima had a player sent off in the first half, but that didn’t hold them down, as a 66th minute strike held up for a 1-0 win, meaning the title would go down to the final day of the season.

And while Urawa slumped to a 1-0 defeat at Yokohama FC on Saturday to complete their collapse, it was all joy for Kashima and their fans at home, as Antlers romped to a 3-0 win over Shimizu S-Pulse to clinch an amazing title triumph that might have seemed impossible to think of in late October.

The Argentine Apertura wrapped up this past weekend as well, and in a title-decider that wasn’t, Boca Juniors and Lanus drew 1-1. That’s because the title had already been decided on Wednesday, when Tigre scored twice in the final 20 minutes to overcome a 1-0 deficit and end Boca’s title hopes, as Lanus went out and romped to a 4-0 win over Gimnasia La Plata. Those results ensured Lanus’ place as champions, as it gave them an insurmountable four-point lead with one match remaining. 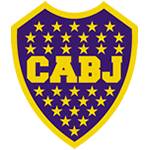 Neither Boca or Urawa have much time to think about their disappointment, as they will both be participating in the FIFA Club World Cup, which begins this weekend in Japan, with Asian Champions League runners-up Sepahan facing Oceanic champions Waitakere United in an opening-round match on Friday. Urawa will play the winner of that match, while Boca is already assured of a place in the semi-finals, and will play the winner of next Sunday’s match between African champions Etoile Sahel and CONCACAF Champions Cup winners Pachuca.

The other semi will pit the winner of Urawa’s match and reigning Champions League winners AC Milan, with the final taking place on December 16th.

For the first time, the champion of the competition will be a non-Brazilian club. In the first edition of the new competition (formerly just the Intercontinental Cup, between the Champions League and Copa Libertadores winners), in 2000, Corinthians triumphed over fellow Brazilian side Vasco da Gama. Then, after the competition resumed in 2005, Sao Paulo defeated Liverpool in the final, and last year, Internacional defeated Barcelona to claim the trophy. But, with Boca winning the Copa Libertadores in 2007 (over Gremio), the champion will be representing a different country (and maybe, just maybe, a different confederation).

Quick question: How many European football fans – or for that matter, worldwide fans – can earnestly say that they will pay attention to the FIFA Club World Cup? I’m not downing the tournament by any means, because it has done a good job running three years in a row. But, because it takes place while the Champions League group stage is winding down, and right in the midst of all of the major European domestic seasons, it might go a little unnoticed.

If it was moved to the summer, it would conflict with the domestic seasons in Africa, Asia, and North/South America, and it still may not help European interest – the European participant would just be ending their domestic season, and might end up fielding a weakened side with so many players looking to rest after a long domestic and continental campaigns. And, it would have to find a tight spot around summer breaks, pre-season preparations, and other tournaments (Copa America, Confederations Cup, Gold Cup, European Championships, World Cup, and various qualifying tournaments) that might put it in even more of a difficult position.

What could be done to improve the FIFA Club World Cup? Change in timing – different part of the year, different time in how often it’s held – say, every two years instead of every year? More teams? Having a winter break across European football?

What do you think? Or will you still not care no matter what? Comment away, but then again, your silence might say more in this instance.