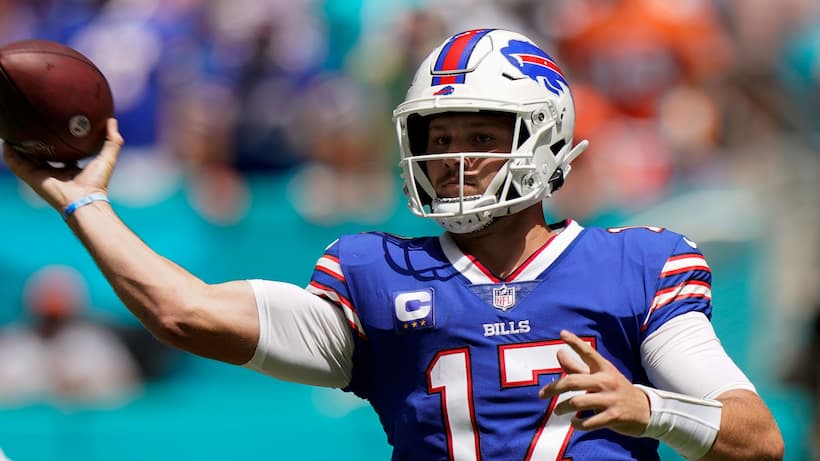 Week 5 of the NFL season is in the books, and what a week it was!! Philadelphia is the only unbeaten team in the pro game and the teams are beginning to reveal just who they are and more importantly, who they aren’t. The odds have changed to win Super Bowl LVII, and maybe some value has opened up as we head into Week 6 of the NFL season.

Philadelphia is the only undefeated team remaining and was +760 last week to win Super Bowl LVII, but they’ve lost value and while +650 is still a decent price, it isn’t the best price. They have a difficult home matchup with the red-hot Dallas Cowboys and if they win, +650 is gone.

Buffalo continues to lose betting value, moving from +450 to +400. Josh Allen and the Bills head to Kansas City to face nemesis Patrick Mahomes and the Chiefs. The outcome of that matchup will likely cause the board to move again.

After their big Monday night win over the Raiders, the Chiefs are knotted up with the Eagles as secondary favorites to hoist the Lombardi Trophy. Kansas City then has a tough contest with the San Francisco 49ers and with a couple of wins, the Chiefs +650 will seem like a gift.

Tampa Bay ended a two-game losing streak and leaped ahead of the Green Bay Packers. The Buccaneers offense is getting healthier and the defense is one of the best in the pro game. They could realistically win their next 12 games and if they get past Pittsburgh this weekend, and they probably will, +1200 will be a HUGE value.

Jimmy Garoppolo and the San Francisco 49ers made a huge jump from +1680 to +1400 to win it all. They have a tough away matchup with Atlanta, followed by an away contest with Kansas City, and then travel to Los Angeles for their rematch with the Rams.

The Giants upset over Green Bay caused the price for the Packers to fall from +1000 to +1200. That’s a four-place drop as bettors have lost confidence in Aaron Rodgers and the cheese heads. The Pack have a tough weekend in store as they welcome the surging New York Jets, followed by an away contest with the hapless Washington Commanders. Two solid wins will restore market confidence, and +1200 will seem like a dream come true.

Sports bettors have lost all confidence in the Miami Dolphins. The Fins have QB injuries and may have to start rookie QB Skyler Thompson when they welcome the Minnesota Vikings this Sunday. Starting QB Tua Tagovailoa has been ruled out, backup Teddy Bridgewater is in concussion protocol, and Miami is in big trouble. +3400 on a team loaded with offensive talent with a very good defense seems like a huge overreaction.

The Denver Broncos continue to plummet down the odds table, and things aren’t looking all that rosy for Russell Wilson and his new team. The Broncos have lost two straight, Wilson is injured, and the Broncos haven’t more than 23 points in any of their five contests. They travel this week to Los Angeles for a matchup with the Chargers on Monday Night, and hopefully Denver does more offensively than just kick field goals.