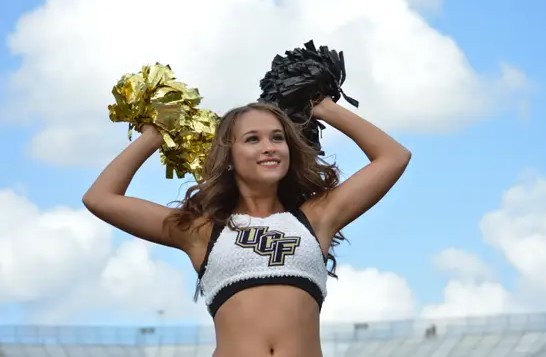 UCF and Tulane will meet this Saturday afternoon in a rare ranked matchup in the AAC. Number 22 ranked UCF Golden Knights will look to claw back ground at the top of conference while the 17th ranked Green Wave will attempt to remain undefeated in conference play and defend home field in what is sure to be a fierce college football showdown. We will take a closer look at the odds including the spread and lines, while offering our best bets, picks and predictions for this week 11 NCAAF contest.

*Odds courtesy of MyBookie. Prices correct at time of publication and are subject to fluctuation.

If you want to get away from the Power Five conferences this weekend, we have the ideal game for you. UCF travels to Louisiana to take on the Tulane Green Wave in a battle at the top of the AAC.

Both teams are ranked and coming into the game in good form. Tulane has won their last five and sits atop the AAC with an undefeated conference record. However, they don’t go into this game as favorites.

This Saturday's game vs UCF will mark the first time that a ranked Tulane team hosts another ranked team since Nov. 26, 1949, when No. 10 Tulane hosted No. 13 LSU in an SEC matchup.

Sportsbooks believe that honor goes to UCF, who are slight favorites. The oddsmakers at MyBookie.ag have their odds at -120 on the moneyline and make them 1.5-point favorites on the spread.

UCF have won their last two and six of their last seven. Their only loss in that span coming at East Carolina a few weeks ago in a game where quarterback John Rhys Plumlee threw three picks. Plumlee is, however, questionable for this one.

Both teams will fancy their chances of picking the up win here, but as we know only one can prevail.

At this moment, the status of UCF quarterback John Rhys Plumlee is unknown. Plumlee has a concussion that caused him to miss the Memphis game last time out.

If Plumlee can’t go, Mikey Keene will start at QB for the Golden Knights. Keene was impressive in that outing, going 22 of 28 passing attempts for 219 yards and three touchdowns.

Plumlee would likely be the QB best suited to this game, but Keene can do a job too. That is mainly because Plumlee is more of a scrambler and the UCF offensive line should be bullying the Tulane line all game.

It sets up for a big day for running back Isaiah Bowser and potentially his backfield teammate RJ Harvey who had a big day last week.

On the other side of the ball, running back Tyjae Spears is the dominant weapon for the Green Wave. UCF is a middle of the pack run defense, but we are not huge fans of the line matchup for Tulane. Spears might have to create for himself and he can do that, but obviously it would be easier to hit some holes.

Tulane QB Michael Pratt is a very good quarterback and the perceived weakness of this UCF defense is its passing D. However, once again the individual matchups are not great and it could be a struggle for this offense to get going in this one.

Back our picks with MyBookie now