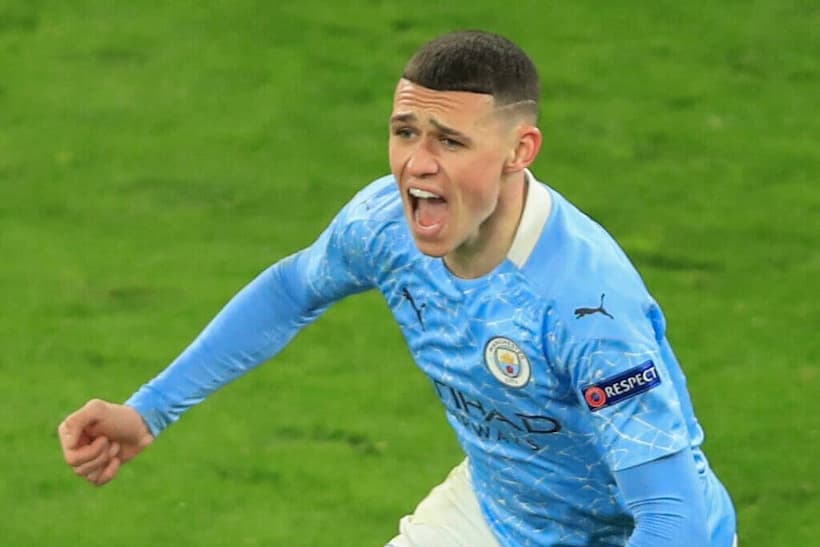 The UEFA Champions League resumes tonight, and our football expert has a five-fold set of 11/1 UCL BTTS tips to share. Plus, discover how you can Bet £10 Get £30 at Betfred.

Goals from Lionel Messi and Idrissa Gueye helped PSG to a 2-0 win over Manchester City at the Parc des Princes in UCL Group A Week-2. And, truth be told, BTTS bets have only yielded positive results in two of the last five games played between these two modern titans of the European game.

However, since that 2-0 win for Neymar and co., six of the last eight PSG matches have resulted in both teams scoring – Mauricio Pochettino’s side hasn’t been its usual watertight self at the back.

Manchester City have also been less than elite defensively, conceding goals in five of their last nine games since that defeat to PSG.

As such, we’re expecting the attacking threats on the pitch – the likes of Phil Foden, Kevin de Bruyne, and the aforementioned Messi and Neymar – to find success at the Etihad tonight and for the goals to flow. We’re betting on 3-2 to Manchester City.

Club Brugge went away to RB Leipzig and left with a 2-1 win in Week-2 of the UCL. Having controlled 67% of the possession and amassing five more shots on goal than their opponent, the German side have every right to feel slightly aggrieved about the result, however, and we’re expecting an improved performance from Jesse Marsch’s side on the road this evening.

Keep an eye on Hans Vanaken: Brugge’s top scorer has three UCL goals already this season. And expect big things from Christopher Nkunku, too: the young French star has netted five times for Leipzig in Europe, including a hat-trick against Manchester City.

Sporting Lisbon are a team in superb form at present. Since losing the reverse fixture vs Dortmund at the Signal Iduna Park, the Portuguese Champions have won nine games in a row in all competitions, scoring 22 goals.

At home, Sporting are unbeaten in six but haven’t won against BVB in any of their last three attempts.

Due to the current streak Sporting are on, we’re expecting this game to be very close. But it’s impossible to picture any game in which BVB striker Erling Haaland doesn’t score at the moment – the Norweigan has 13 goals and four assists in 10 games played in all comps. So, 2-2 seems a likely result.

BTTS bets have panned out in each of the last two games between Liverpool and F.C. Porto, most recently in the 1-5 away victory for Liverpool in Portugal.

Having scored 17 goals in its last six games, Jurgen Klopp’s side is in free-scoring form at present and wing-wizard Mohamed Salah has been practically unstoppable. The Egyptian has already registered five goals in four UCL appearances, including two in the reverse fixture at the Estadio do Dragao.

Porto are in equally good form in front of goal, domestically. Sergio Conceicao’s team have registered 17 goals in their last six games and have only drawn one blank this season to date – against Atletico in the UCL.

BTTS wagers have yielded positive results in eight of the last ten A.C. Milan matches (all competitions) and in 50% of Atletico’s.

When these teams last met in Week-2 of the UEFA Champions League, a late penalty from Luis Suarez ensured the score finished 2-1 to Atletico away at the San Siro, meaning BTTS results have now occurred in two-thirds of the games that these sides have played.

With both teams on the brink of elimination from the UCL, we’re expecting the likes of Antoine Griezmann, Franck Kessie, Luis Suarez, et al to put on a show as they bid to fire their respective sides back into contention ahead of the final round of games in a fortnight’s time.

Betfred is offering a Bet £10 Get £30 in Free Bets + 30 Free Spins promotion to any newcomer to the site. This special promo can be used in conjunction with Wednesday’s UCL matches and the previously detailed Both Teams To Score tips.

To get £30 in free bets at Betfred, just follow the simple steps below:

For more information on free bets at Betfred, click the link