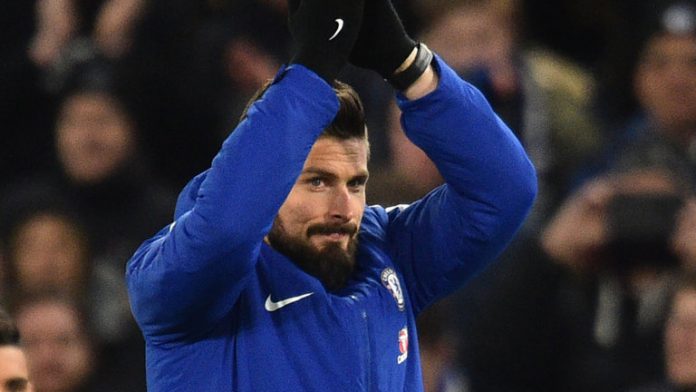 Olivier Giroud has been named amongst Chelsea’s substitutes for Monday’s trip to Watford.

Giroud, who scored eight goals for Arsenal this season before making the switch to Stamfrod Bridge, watched on from the bench last Wednesday as his new teammates were humbled by Bournemouth.

David Luiz returns to the start a league game for the first time since October, although Andreas Christiansen, Ross Barkley and Alvaro Morata are missing through injury.

Chelsea come up against a Watford side that has only won one of their six games during 2018 and they are just three points above the relegation zone after failing to win either of their outings under new manager, Javi Gracia.

Will Hughes, Younes Kaboul, Craig Cathcart, Christian Kabasele, Tom Cleverley and Miguel Britos are amongst the players missing for the hosts tonight.

Daryl Janmaat and Marvin Zeegelaar come in for Kabasele and Cleverley as part of two changes to the starting eleven that drew at Stoke.

Line-ups are as follows: