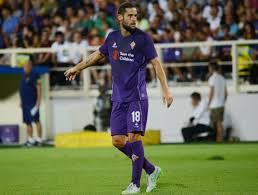 The Spanish defensive midfielder moved to the Serie A club after being an integral part of the midfield that won La Liga with Atletico Madrid.

However, since completing his move in the summer, the 28-year old has struggled for regular first team football that could see him leave the club in the current transfer window.

Although Liverpool were leading the race for Suarez as Jurgen Klopp looks to rebuild his new side, it seems as though the tables have turned and Watford is now in pole position to sign the midfielder.

Quique Flores is no stranger to the quality of the 28-year old as Watford boss managed Suarez during his time at Atletico Madrid and is supposedly a huge admirer of his talent.

As both Liverpool and Watford are looking to bolster a strong squad over the January window to further challenge for European qualification, the transfer of Mario Suarez could be a huge factor in that battle.

Football Accumulator Betting Tips for Monday 15th August 2022: Back Our 3/1 Three-Fold With A Free Bet