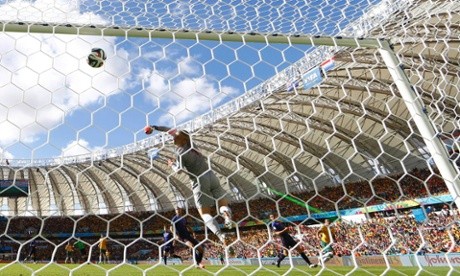 Australia’s Tim Cahill has scored the goal of the World Cup during their Group B clash against Holland at Porto Alegre.

Frankfurt forward Mathew Leckie’s brilliant ball saw Cahill strike the volley under the bar. The strike was similar to that of Robin van Persie’s goal for Manchester United against Aston Villa at Old Trafford in April 2013.

The goal just came one minutes and four seconds after Bayern Munich star Arjen Robben gave a lead to Louis van Gaal’s side.